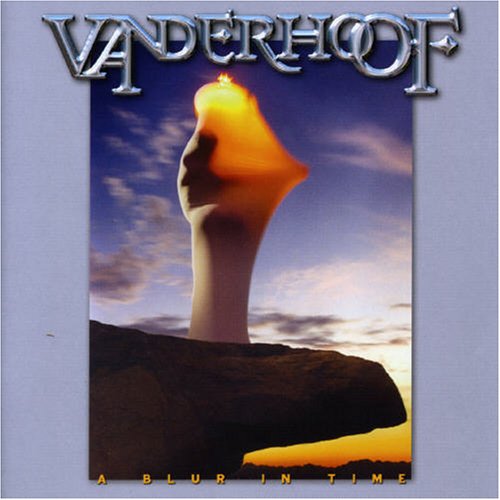 Those who have heard of Kurdt Vanderhoof will know him as a member of the band Metal Church. I’m no fan of that band (or metal in general), but I had heard his other-band-cum-solo-project Vanderhoof was heavily based on 70s prog, so I’m giving it a whirl. And while there is certainly a lot of 70s influence here, for the most part it comes off like early 80s metal, back when keyboards were still allowed. On the 70s side of the decade divide, I’m most reminded of Uriah Heep and Thin Lizzy; on the 80s side I’m thinking of Def Leppard with keyboards. That being said, there’s some fine musicianship here, with Vanderhoof taking some flashy solos himself and sounding perhaps a bit too polished for my taste. Brian Cokeley handles the (mostly) vintage keyboards with finesse, filling in behind the heavy guitars with Mellotron and organ. “High St.” is a high point, mixing in acoustic guitars for a welcome change, with the opening section reminiscent again of Uriah Heep in a quieter moment (not Led Zeppelin as the liner notes suggest). The one way in which Vanderhoof misses the 70s sound is that the production is way too clean, with everything sounding over-rehearsed – a little spontaneity would be welcome. Coming from the metal side of the street, they seem unaware that there’s an entire genre called prog-metal that’s been doing this stuff for years. I’m not sure we really needed a bridge between Metallica and Dream Theater.