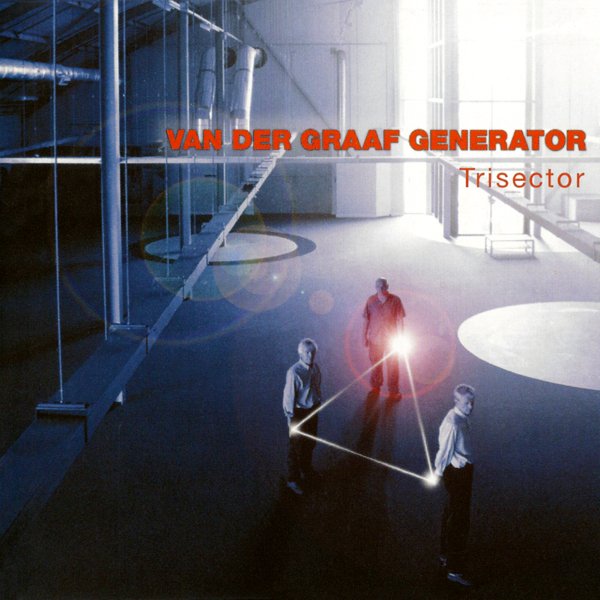 Van der Graaf Generator has been getting attention from the mainstream press during their recent UK tour, much of it positive and respectful. I have a feeling Trisector will help in that regard. While some songs exude the sort of prog rock intricacies exemplified in “Interference Patterns” with its Gentle Giant-like polyphony, others — like the opening instrumental “The Hurlyburly” — seem born out of a garage band ethos, loaded with a sweaty grit that’s sure to maintain VdGG’s status as progressive rock’s best non-prog group. For fans, hearing Hugh Banton’s organ, Guy Evan’s deft kit work, and Peter Hammill’s trademark vocal is like enjoying a fine, vintage wine. The absence of David Jackson’s sax and flute is definitely felt in places, like the emotive “Lifetime” or the extroverted rocker “All That Before.” One can almost fill in the empty spaces with Jackson’s playing and the album would have been better for it. But Trisector succeeds anyways because the songs — quirky, angular, and eccentric as they can be — have focus. When Hammill sings “Oh, but the clock was always counting / the envelope was sealed / and as the pressure’s mounting / still precious little is revealed” on “Over the Hill” you share his contemplation of a life spent searching for answers but consoled that he’s done his best to make sense of it all. This is progressive rock at its best — a provocative consortium of sound and word that says much more than surface impressions may imply.