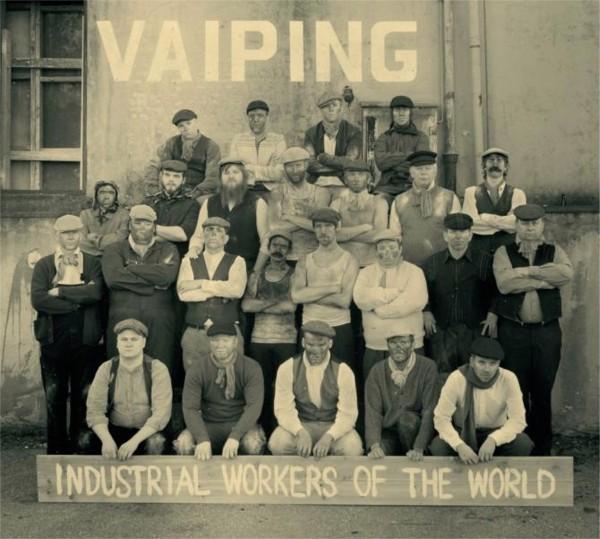 I suppose it's likely that this Norwegian band is making some kind of political statement with the title of this record, but I'm going to set that aside and just listen. Sonically, we have the kind of big, high-tech rock that Muse, Porcupine Tree, Tool, and others are known for — not that Vaiping sounds especially like any of those. Screaming, crunchy guitars coexist with expansive keyboards, digital effects, and snatches of environmental sounds and voices. There's a seriousness in attitude reminiscent of industrial bands (Nine Inch Nails, Laibach), especially when you get some distorted lead vocals backed by a massive chorus, though it all comes together in a fairly accessible way, with catchy melodies and propulsive rhythms. Quieter, moody passages provide relief from the pounding, angry (or at least defiant) mood that underlies much of the music. One danger to this kind of production is that the result can feel artificial, too far removed from what could result from musicians playing together in the same place at the same time. But for all its tricks and quirks, this feels like a band could play it on stage, and most of it would work even without the sound effects. And to finish it all off, they give us "Pie in the Sky" as a sort of dessert, lighter and sweeter than the main course. A great way to finish off the set, with a bouncy 3/4 (most of the time) beat, folksy feel and wobbly (pun intended) Mellotron-like keyboards, making it the most "proggy" part of the album.