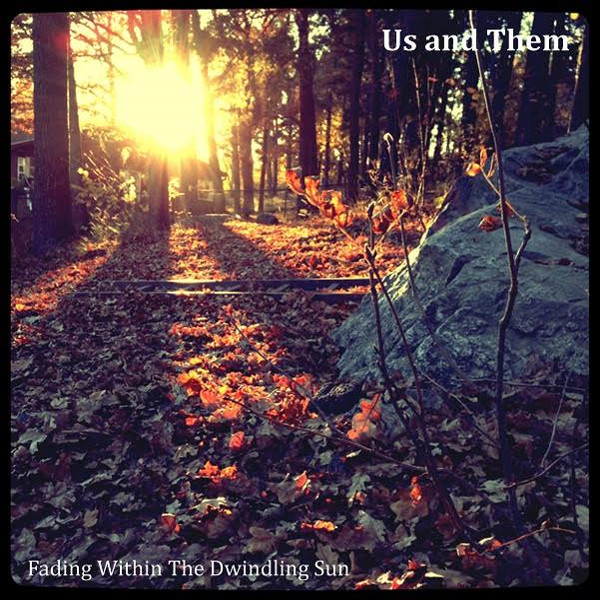 Just in time for Christmas Sweden’s Us & Them have a new color vinyl ten inch on Fruits de Mer. And quite an ambitious one as they cover five different songs by the iconic Sandy Denny. Attempting to cover a song belonging to Sandy is dangerous as it will immediately draw comparisons. Fortunately Britt’s pure and breathy voice adds a new dimension to these songs along with the acid folk reinterpretation. The disc opens with a Fotheringay song “Winter Winds.” Sandy’s vocals on the original were a bright light. In contrast Us & Them’s cover adds a darker and sadder feel to this delicate and eerie song. The next is Richard Thompson’s “Farewell, Farewell” that is so similar to Pentangle’s “Willy O’Winsbury.” What Us & Them have done is taken this beautiful song and enhanced it with Andy Settenham’s Mellotron. The third song, “Next Time Around,” is from Sandy’s solo album North Star Grassman and the Ravens. This is another dark introspective cover with violins and drones. The traditional “Banks of the Nile” from Fotheringay is next. This song is one of the best known ballads arising out of the British campaigns against Napoleon. It is a touching song about a young woman wanting to go to sea with her man. He prevents her by taking shelter behind Naval regulations. When Sandy sang this song, she sang all the verses. Us & Them change it up by having Britt sing the girl’s part and Anders sing the sailor’s. And contributing to this painful parting of ways, Us & Them layer on more Mellotron and bass clarinet. The last song “Take Away the Load” is a song by Sandy written for Dave Swarbick and only appeared as a demo, though Swarbrick did eventually release it on Fairport's Gottle O’Geer. This final exquisite song is the shortest on the disc. Their cover brings a tear to your eye. If you step back and separate yourself from your Sandy Denny prejudices, you will find great joy in this release. And for those unfamiliar with Sandy Denny, you can approach this release with a wide open mind and enjoy the music by itself.