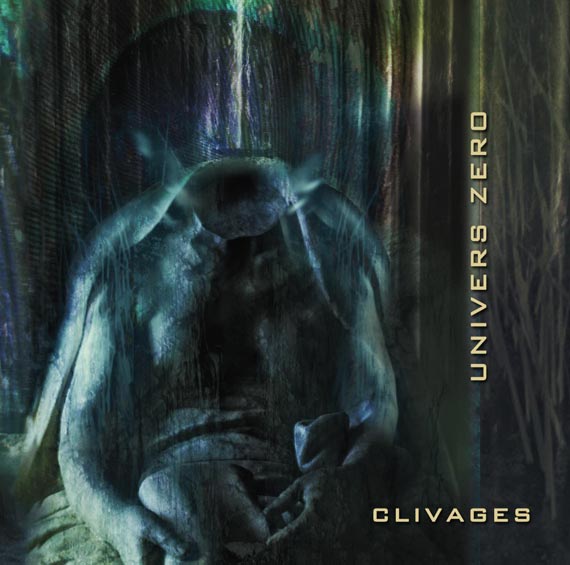 The word "darkness" is often prominently mentioned in descriptions of the music of Univers Zéro, and there are certainly aspects of this newest release that fit that mold. However, the predominance of clarinet, bassoon, glockenspiel, and violin in the arrangements often lends a lightness to the mood in spite of the jarring rhythms and dissonance. The opening track, "Les Kobolds," is positively bouncy, with only a slightly ominous ostinato in the low end of the piano hinting at the band's sinister reputation. Of course, that is followed directly by "Warrior," which is full of creepy noises and distorted bass notes thumping out beats that would sound at home backing a dark ritual in a horror movie. The moments of uneasy calm, where distant, indistinct sounds wallow in misty atmospheres, only serve to heighten the impact of the impending rhythmic outbursts. The band's combination of modern Classical music (Stravinsky, Bartók) with free improvisation and rock makes for a heady blend which is obviously not for everyone, but for those so inclined is a very tasty mixture. The musicianship and composition are of the highest order, no fumbling dilettantes here, and no reach-exceeds-grasp unrealized ambition — these guys (four of whom contribute compositions) have big, complex ideas and are perfectly capable of implementing them. Does it stand up to the albums that made their reputation? To my ear, it does; while it may be subtler, this is a sign of maturity rather than lack of ideas.