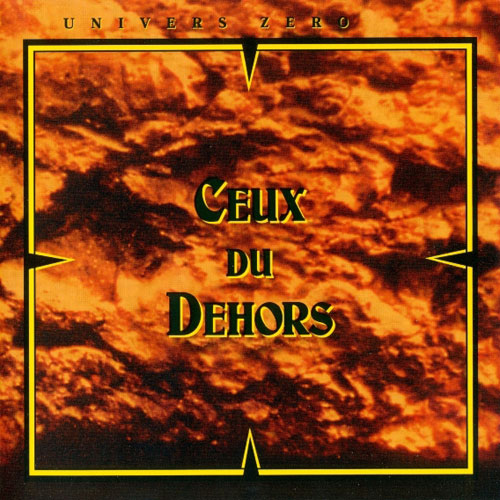 I have to admit that Heresie is also very very close, but I'll save it for the next round. Anyway Belgians Univers Zéro are deservedly legends at this point and even to this day, with all the line up changes from album to album, they still do excellent work. But like with many long running bands it's the formative stuff that earns them their place and this third release is to my ears their finest. It almost seems like chamber rock is a bit of cliché these days, but if UZ didn't invent the merger, they still defined it, at least in the post-Magma sense. One thing the band did well is balance dissonance and melody, in a way that created memorable songs that were still on the front of the avant-garde at the time. And of course they always give off a clinic in dynamics, whether it's the slow build up or the quick jump. The harmonium and Mellotron help give the work a lot of space so it avoids being cold and clinical like a lot of this music can be. Most importantly it's still an exciting listen and it also has a pretty interesting attempt at "The Musique d'Erich Zann." Oh and I still keep around LPs of these as the original covers of this and Heresie are two of my favorites.