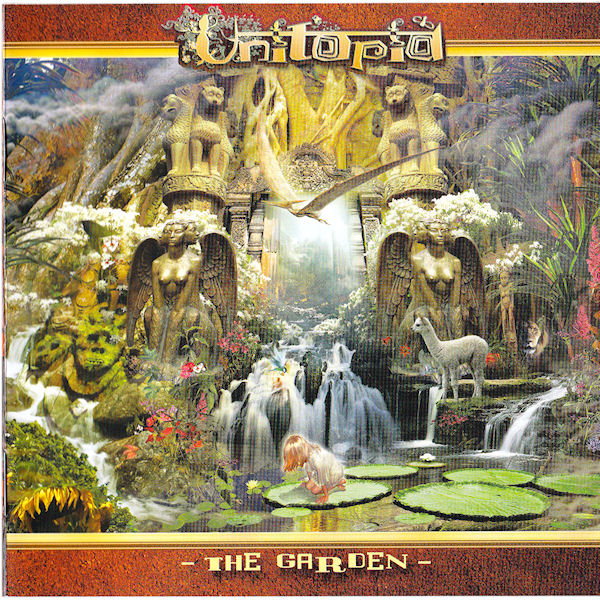 It is quite ambitious for a group to issue a double CD of new material as their second release. Many groups are challenged to fill one disc with decent music, let alone two. In addition, much of the new music I encounter today is pretty much the same throughout the disc. Not so with The Garden. This two CD set is jam packed with melodic progressive rock, progressive metal, world music, and ballads. Unitopia have far outdone their debut release More Than a Dream that I reviewed in #36. The band continues to evolve their blend of Peter Gabriel, Porcupine Tree, Camel, and the Canterbury bands. The two extended songs, “The Garden” at 22 minutes and “Journey’s Friend” at 16 minutes, might be a bit ambitious, but these songs are where the band integrates nature sounds, world music, and progressive rock. Their strength lies in their shorter songs, especially the opening ballad “One Day.” And what I find particularly engaging with The Garden is the variation of mood, tone, and style from song to song. Just think, Unitopia issued their debut release independently in 2005, had it redistributed by Unicorn Digital in 2007, and now their second release is on the well known German label InsideOut, a true mark of achievement! These Aussies are a band to watch.