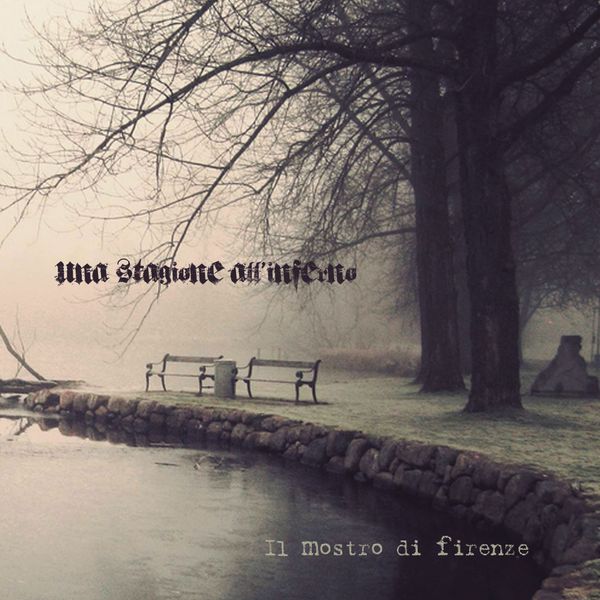 To set the stage, let’s start with a translation of the band's name and album title. This new Italian band Una Stagione all’Inferno or A Season in Hell released their debut album Il Mostro di Firenze of The Monster of Florence this past May. That should prepare you for the listening experience of this Italian prog record. As a bit of background, The Monster of Florence is also the title of a true crime book by novelist Douglas Preston concerning the perpetrator of eight double murders of couples necking etc. in secluded areas in and around Florence, Italy from 1968 to 1984. And now we have the album Il Mostro di Firenze by Una Stagione all’Inferno, a pretty dark subject for a concept album. There is not a whole lot of information about the band on the internet, they do not have a web site, just a Facebook page. What I do know is that some of the musicians have been with other bands, while for others, this is their first release. And drummer Marcio Biggi played on Paolo Siani’s solo album I reviewed last year. Other musicians on the album include Roberto Tiranti (backing vocals and bass), Kim Schiffo (cello), Pier Gonella (electric guitar), Fabio Nicolazzo (lead and backing vocals, electric and acoustic guitars), Laura Menighetti (lead and backing vocals, piano, keyboards, and Hammond organ), Paolo Firpo (soprano saxophone and synths), Daniele Guerci (viola), and Laura Sillitti (violin). The story of the serial murderer is related in Italian over the course of ten tracks: “Noviluno” ("New Moon"), “La Ballata di Firenze” ("The Ballad of Florenze"), “Nella Notte” ("In the Night"), ”Lettera Anonima” ("Anonymous Letter"), “Interludio Macabro” ("Macabre Interlude"), “L’Enimga dei Dannati” ("The Engima of the Damned"), “Serial Killer Rock,” “Il Dottore” ("The Doctor"), “Plenilunio” ("Full Moon"), and a final hidden track. Peppered throughout the cinematic gothic progressive rock are spooky sound effects such as voices, reversed tapes, ambient street noises, bicycle bells, footsteps on gravel, rain, thunder, crickets, breaking glass, car doors, lighting a match, radio news clips, choking/gurgling sounds, etc. The music varies from cinematic to aggressive prog rock. “Serial Rock Killer” is a bit different from the rest with its Goblin-esque title and Krautrock motorik vibes. The three minute hidden track is particularly disturbing as the first minute is pure silence that bursts on your senses with demented monster growling, screaming, snarling, and moaning sounds along with a tolling bell and reversed echoed voices. This is a perfect album if you have been looking for a contemporary and excellent Italian gothic listening experience.