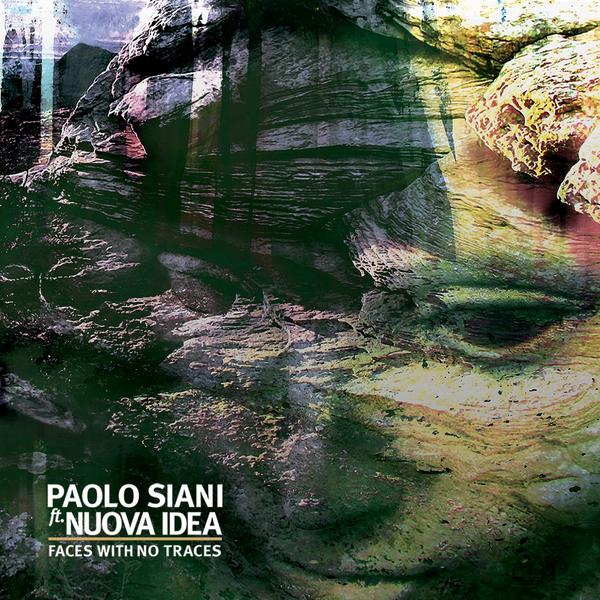 Paolo Siani is the drummer for the Italian progressive band Nuova Idea. Over the years he has pursued a number of different musical projects. Faces with No Traces is his latest solo album. But since the album features Nuova Idea, it could also be considered a new Nuova Idea album as well. The album is a collection of eight songs in different styles. The CD also contains two .wav files of “Black Angel’s Claws” remixes and a video for “Three Things.” The album opener “No One’s Born a Hero” begins with a barking dog, circkets, and water sounds that segues into a mournful duduk and Mid-Eastern themes. After this intro a Spanish guitar begins the beautiful song with Paolo playing the part of a singing storyteller. The second song is the Euro-pop “Welcome Aboard,” with its Farfisa organ and madrigal singing and harmonies that conjure images of 60s / 70s variety shows. The excellent dark and moody “Black Angel’s Claws” follows. You are initially lured into thinking this will be an introspective song with piano and harmonizer vocals, but after two minutes heavy bass and drums kick into gear and propel the song. The song shifts back and forth between high energy and moody atmospheres, reminding me of some of Steve Hackett’s newer material. The two bonus remixes take this song even further away from its introspective moodiness without sacrificing the gothic feel to the music. “Free the Borders” sounds like an energetic electro-Euro / Turkish hybrid. The tempo is fast and this song too shifts between quiet interludes and high energy saxophone, Mellotron, and other electronics, once again bearing some resemblance to Steve Hackett. “Rockstar” is a big-hair glam hard rock song with an extended guitar solo, reminiscent of Motley Crüe, Bon Jovi, or Van Halen. The high point on the album is the killer “Post War Saturday Echo” with its slow bluesy vocals. “Three Things” is a moody instrumental that is enhanced by the visuals of the bonus video. The album closes with “Ériu” that starts with the sounds of happy children playing and bells (church or school) that lead you to slow Mellotron chords and electronics with a simple melody that Paolo builds upon much like Mike Oldfield. Quite an interesting release.