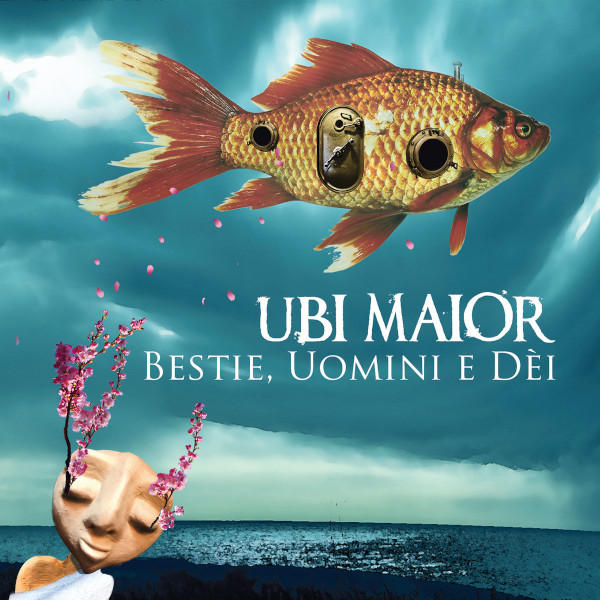 Ubi Maior is a classic Italian prog band that formed in 1998, but with only a handful of releases over its 22 years as a band. Their latest album Bestie, Uomini e Dèi or Beasts, Men, and Gods, is a concept album focusing on six different myths. The first track, “Nero Notte” or “Pitch Black,” is based on the myth of Kaspar Hauser, a German youth born in 1812 who claimed to have grown up in total isolation in a darkened cell. Hauser's claims, and his subsequent death by stabbing, sparked much debate and controversy. The second track, “Misteri di Tessaglia” or “The Mysteries of Thessaly,” concerns the Greek myth of King Admetus. When the Fates decided it was time for Admetus to die, Apollo intoxicated them and made them agree to keep him alive, as long as someone else would take his place, the upshot being that his wife Alcestis volunteered as his sacrifice. The third track, “Wendigo,” concerns the Algonquin myth of a wicked creature in Nova Scotia that devours men, growing ever taller, and sometimes confused with Big Foot. The fourth track is the only instrumental track and is Ubi Maior’s homage to the Loch Ness Monster, “Nessie.” The fifth track, “Fabula Sirenis,” tells the myth of the sirens or mermaids that lured sailors to an untimely death. And the album closes with the title track that relates the myth of the Minotaur. Bestie, Uomini e Dèi is quite an ambitious undertaking mixing hard rock, classical Italian prog rock, soaring guitar and violin solos, analog synths, Mellotron, gentle piano interludes, and gothic Hammond organ. And to cap it all off is the playful album art of a golden carp with portholes and a hatch.