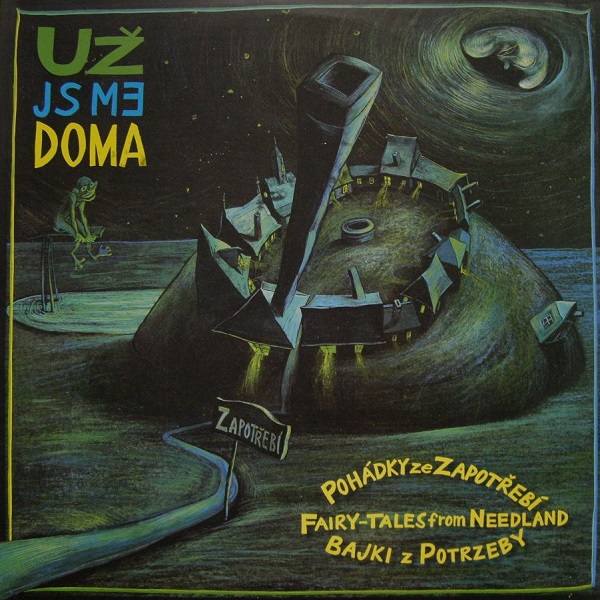 It's a pretty rare event when I can honestly compare a CD reviewed in this magazine to both Devo and Madness, so I'm going to make the most of it here. The Devo comparisons are actually quite numerous — frantically paced music, liberal adherence to tempos, keys, and time signatures, bass parts that sound like they were written for some other song. One of the vocalists for Už Jsme Doma is a vocal carbon copy of Mark Mothersbaugh to boot! It's pretty scary actually when you think about it. I keep expecting them to launch into "Sloppy." The frequent and dominant tenor sax parts really do sound like something from Madness too. Not all of the album, however, is based in the wonderful world of late 70s punk and new wave. The other main influence appears to be folk. It's quite different to hear Devo vocals over waltz music in 3/4. Somehow, Už Jsme Doma even manage to throw in some softer piano led tracks like the serene opening to "Bila Hol." The blue ribbon for this album goes to the drummer for the truly berserk drums in "Kouzelnik." If you're been looking for the latest in new wave folk, the search can end with Už Jsme Doma.