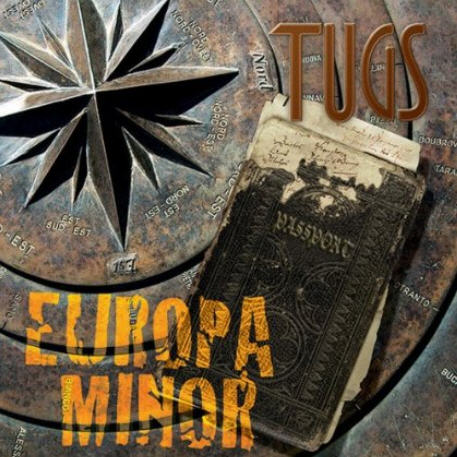 How many times have we heard about Italian bands who were active in the 70s, but failed to get any recordings out before the musical styles changed and progressive rock was no longer fashionable; then years later the band reunites and gets back to business and releases some reworked material they were playing back in the day. Tugs is another such band, a five-piece fronted by singer Pietro Contorno who were together from 1978 to 1982, then split, eventually reuniting after a long hiatus with three original (Contorno, guitarist Nicolo Melani, and bassist Bruno Rotolo) and two new members on keyboards and drums, plus a handful of guest players (flute, violin, cello, mandolin, mandola and percussion), to record the concept piece Europa Minor that they were performing in their early years. Following some radio sweeping and the sounds of an air raid, the first three cuts “Waterloo,” “Il Re e il Poeta” (the king and poet) and “La Brigata dei Dottori” (the doctors’ brigade) set a folky European, almost Celtic tone, supported by tasty arrangements and superb playing all around. Contorno’s commanding and unique voice leads the show while he’s singing, but allows the players plenty of room to work their magic in numerous lengthy instrumental sections. By the fourth track “Pietroburgo 1824,” the band is in full-on symphonic rock mode, comparable to the work of Banco and Le Orme of just a few years earlier. The guest strings (including the mandolin) add beautiful textures to the basic five-piece sound wherever they are utilized, while the guest flute seems to bring a Jethro Tull and PFM influence into the mix. The six minute instrumental interlude “Il Sogno di Jennifer” led off by acoustic guitar and piano breaks up the album’s heavier pieces nicely, eventually building to a full band piece. All taken, Tugs’ long-overdue debut ranks right up there with the best of the classic Italian symphonic progressives.