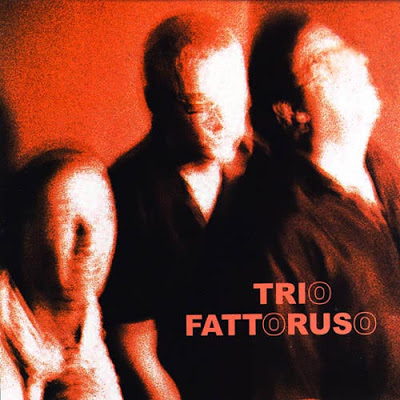 It makes perfect sense that Uruguay would not be just another blip on the radar of finesse jazz and rock players. Brothers Jorge and Hugo Fattoruso have been playing various Latin and jazz styles for over forty years to local fans and also branching out into the New York jazz scene. This trio was formed when Hugo’s son Francisco was added to the keyboards and drums duo adding both lead guitar and bass playing for a well rounded mix based on the needs of each composition. The band’s first recording together is a combination of each of the members’ songs jointly arranged and performed with panache and a telepathy that comes from many years of playing together. The trio pushes audio boundaries that at times recall PFM’s brief flirtation with fusion in the late 70s (Jet Lag) meshed with Pat Metheny Group’s world influenced compositions. The group mostly steers clear from modern happy jazz despite emphasizing lush backdrops (as heard on “Trio Celeste” and “S.T.C. – P.M.”). Francisco is let loose a few times: on “De Igual a Igual” he demonstrates his bass popping prowess against some adept playing by Uncle Jorge and later some racing leads from Hugo. They take it down a few notches for “Corre Niña” that works as a Latin power ballad of sorts. The group is simply at its best when navigating complex chord structures allowing the natural telepathy between players to ebb and flow (“Melodia A Christian”). “Distortion Generator” is a well constructed nod to modern hot fusioneers with Francisco flailing away on some fine fret bending atop a fat Moog bass and some excellent top kit drumming. Overall the band appeared at the time to be poised for much deserved international attention. For further information on the Uruguayan music scene refer to www.candombe.com.