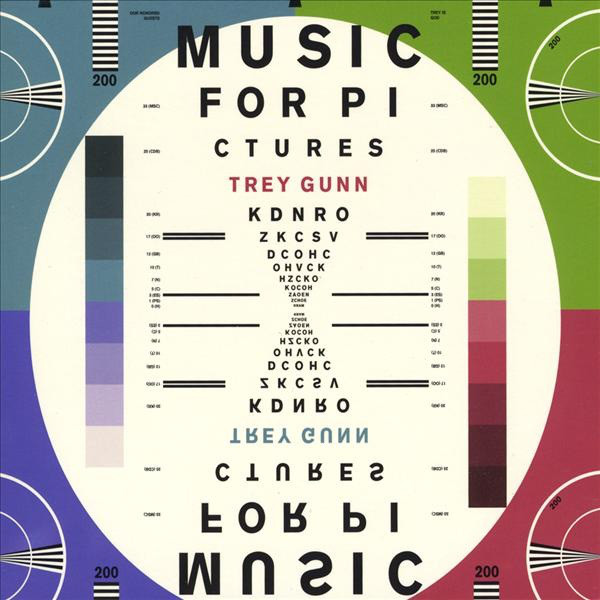 Film music typically runs the gamut from the insane, unlikely or impenetrable. For Warr Guitar enthusiast Trey Gunn the trick is whether or not an idea holds up without the explicit benefit of visual imagery to support it. The scope of the project ranges from brief grungy rock riffs as heard on “Field Raiders” to ambient wash pieces like “The Magnificent Jinn.” Various drummers including Matt Cameron and Crimson’s Pat Mastelotto demonstrate that rhythmically you can get to the point quickly as heard on “Bridge over a Red Sky,” a bouncing jaunt that suggests an elements of a chase. Gunn puts to use his long tutelage with Robert Fripp, probing irresistible riffs on “The Fifth Spin of the Sun” and “Capturing the Beam.” “Nausicaa” carries on in the same vein and captures essential twisted elements of live Crimson: brutal and industrial with sideways extending segues. Comparable to Brian Eno’s ground breaking Music for Films series, the approach used to build texture and rhythmic development are focal points. Good ambient examples are presented in the suspended mood of “Forest of Sighs” where voluminous weight is imposed as if hanging in mid air. The composer admits radical reworking of the songs which is a valid starting point to keeping the sinister tone of shortened phrases intact. Overall, the only minor drawback of the disc is that just about the time a good inspiration manifests itself, it quickly fades down a dark corridor.