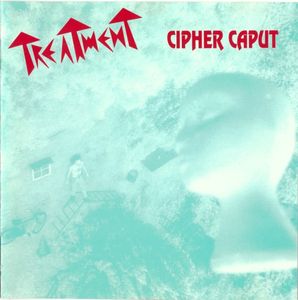 Apparently this was first available as a vinyl item, and then recently issued as a CD. Treatment is a British five-piece lineup of psychedelic explorers that operate somewhere along the Hawkwind / Amon Düül axis, with some bluesy and late-60s / early-70s rock ideas thrown into their mix as well. Admittedly, on first listen I was tempted to dismiss them as mere neo-Hawkwind wannabes, but after a second and third listen, their music suddenly became a lot more interesting, involving a lot more than the simplistic drumming and growling churning guitars and punky vocals that initially made me yawn. Under the surface, synth textures and effects meet with wandering guitars and create a swirling inner world that belies the outer surface of their sound. Many of the album's best moments are very low-key introspective excursions that won't initially jump out and demand attention, but instead reveal themselves after repeated listens. Mix that with a good sense of musical humor, unusual spoken / whispered lyrics on a few tunes, and even one track that sounds a bit like late-60s Traffic. Even with most of the tracks being in the three-to-four minute range, they still seem to have enough room for some good expanded instrumental explorations. In summary, Cipher Caput has much to recommend it, fans of neo-psych would do well to check it out.