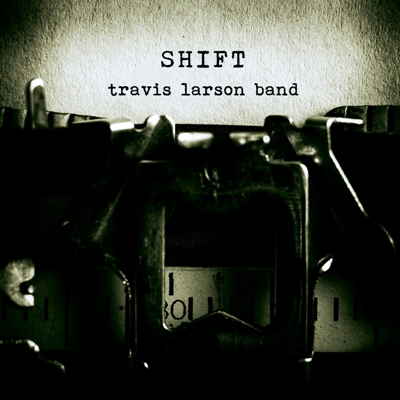 Having followed this trio from their very beginnings around fifteen years ago (and it’s the same three players, no personnel changes), they continue to evolve and improve, growing more cohesive with each new release, while remaining within the same basic style – which could best be described as guitar-centric instrumental rock-fusion, with melody first. They take their time between releases, composing some seriously outstanding three-to-four minute masterfully executed pieces. They’re not just punching the clock; there is some serious emotion, brilliance and melodic splendor in every measure. Larson, who composes most of the tracks, uses guitar overdubs generously on the recordings, as well as adding occasional keyboard parts. His choices in techniques, sounds and textures keep their music interesting, sensitive and soulful; it’s not just a lot of rapid-fire guitar exhibitionism as can sometimes be the case in such configurations. One may detect the influence of Steve Morse, Rush, Jeff Beck and others in their music, but over time they have honed their own distinct style. Drummer Dale Moon and bassist Jennifer Young provide tight and seasoned rhythmic structures that support the band’s chemistry well, and Young’s composition “Grace to Wonder” is a splendid étude for multi-tracked bass. There are too many standouts here to enumerate each one, but anyone who appreciates exceptionally composed rock instrumentals with a touch of jazz, informed by progressive ideals will find plenty to enjoy in TLBs latest offering. And if you get a chance to see them play live, absolutely don’t miss it.

Shawn Phillips - Living Contribution: Both Sides & DVD – Shawn Phillips is a Texan guitarist with an incredible three-octave vocal range. But Shawn is not your typical Texas musician. He went to England in the mid-60s: he played sitar on Donovan’s...  (2009) » Read more

Trip to the Nastroszony Pulsar