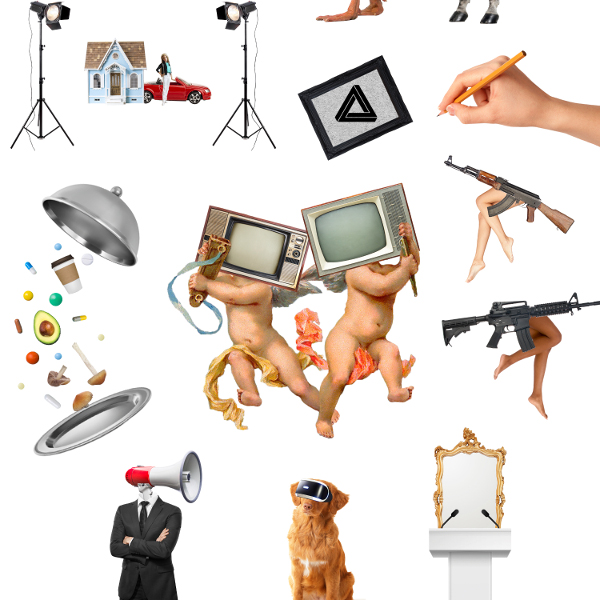 “I wanna be unique, like everybody else.” That’s the opening line from Travis Benson’s song “Reaping Memes,” which appears on his debut EP. This set of seven tracks is full of clever art-pop songs dusted with hints of other styles. The artist I’m most reminded of is Johnny Unicorn, an impression aided by the vocal similarities, but both have a similar way of weaving humorous social observations into catchy songs. Brian Woodbury also comes to mind. Aside from a guest backing vocal appearance by Bent Knee’s Courtney Swain, Benson handles all the instruments and vocals on his own, and he does a good job of it. These concise songs (only one tops four minutes) are tuneful enough to be categorized as pop, but there are lots of what might be called proggy touches added, such as guitar fills that could almost have been borrowed from Robert Fripp and synth lines that hearken to Wakeman or Emerson. The song title “Braindead Megaphone” is indicative of his focus on current events and modern society as lyrical subject matter — think about the symbolic possibilities of that title. “Dancing Mania” is an instrumental piece, and it’s a tasty little piece that combines several interesting ideas and isn’t especially dance-oriented — compositionally it reminds me a little of something Steve Hackett might have written, even though the guitar work isn’t like Hackett at all. All in all, Travis Benson has given us an entertaining way to spend 25 minutes, and proven that he knows how to write and arrange a good song.