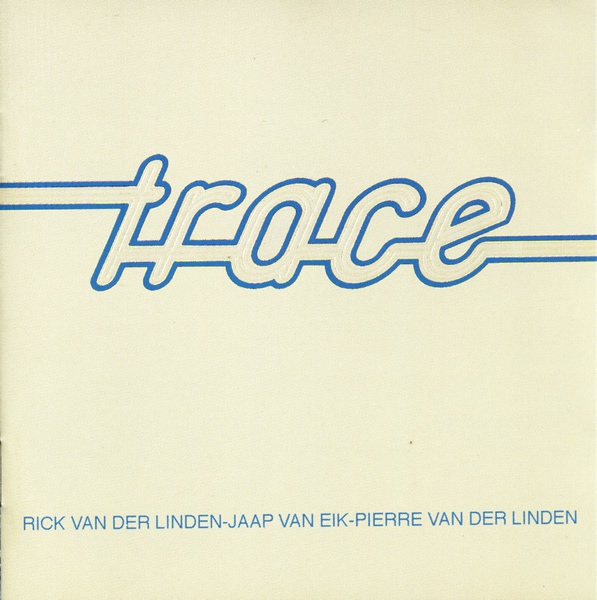 Frankly, it's amazing that this album (and the two Trace albums that followed) has eluded reissue so long! A super-group of sorts, their albums sold quite well and the first two were even released worldwide. The mastermind behind this Dutch trio (a trio for the first two albums, at least) was keyboardist Rick van der Linden, who had previously released five albums with his first band, the classically oriented and widely acclaimed Ekseption. Joining him fresh from Focus was drummer Pierre van der Linden (no relation), and bassist Jaap van Eik, following a stint in Solution. Make no mistake about it, this is Rick's keyboard show from beginning to end, and being entirely instrumental makes the music that much more intense – but he has the compositional skill and chops to pull it off. His arsenal includes piano, synthesizers, Mellotron, clavinet, harpsichord, solina, even bagpipes, but the favored glorious Hammond B3 shines through the mix everywhere. Like it was with Ekseption, the strongest influences here come from the classics, but all infused with the raw power of rock – as well as traces of jazz and blues, the latter seeming to come mainly from the rhythm section's spirited and animated treatment of the material. The compositions travel through a labyrinth of tight turns and changes – with many of the numbers segueing into one another. When searching for comparisons, The Nice would have to be high on the list, as well as some of Wakeman's early solo material, even Matthew Fisher's work with the early Procol Harum. For completists, the a and b side of the band's first single are included here as bonus tracks. Overall, great album and a reissue that was long overdue.