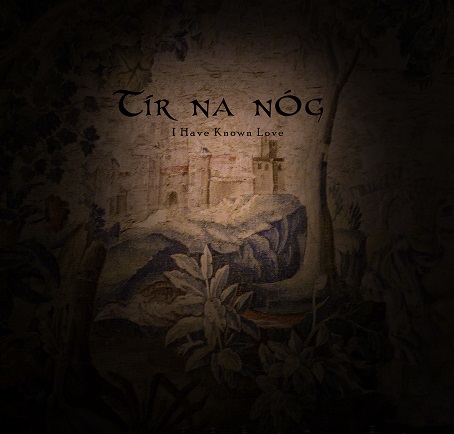 Tír na nÓg is the Irish folk duo of Sonny Condell and Leo O’Kelly. They were one of the first progressive folk bands, recording three albums in the early 70s: Tír na nÓg (1971), A Tear and a Smile (1972), and Strong in the Sun (1973). Their early songs combined Celtic folklore and acoustic music. In fact their name refers to the Gaelic land of faerie. Over the course of their three albums they moved from folk to folk rock, kind of the same path as Donovan. Since then, their recorded output has been low, just a handful of live albums. Now they have joined the list of Fruits der Mer artists, releasing their first vinyl in 40 years. It would not be an FdM release without at least one cover tune, and in this case Tír na nÓg covers Silver Apples’ “I Have Known Love.” At first blush, this may sound odd, given that the Silver Apples were a duo of electronics and drums and their 1969 recording of this song is minimal and a bit sterile. But there were folk elements present in the original that Tír na nÓg used to breathe new life into this song, making it their own, and at the same time capturing what made them great in the early 70s. The other three songs are original compositions in a similar vein: “You in Yellow,” “The Angelus Song,” and “I Pick up Birds.” This is an excellent slice of progressive folk-psych music that is not a trying to mimic the 70s, but is genuine. FdM made quite a coup snagging Tír na nÓg for a vinyl release!