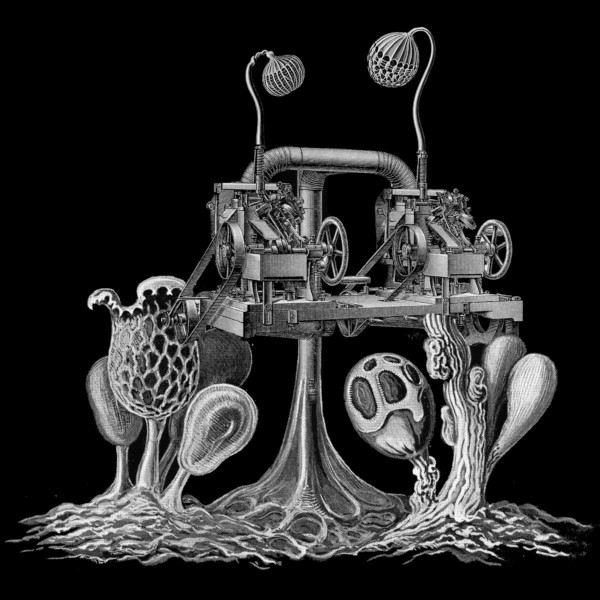 The Third Policeman is a novel by Irish author Brian O’Nolan, AKA Flann O’Brien, written between 1939 and 1940. Failing to find a publisher, O’Nolan pulled his manuscript from circulation and claimed he had lost it. Remaining unpublished at the time of his death in 1966, MacGibbon and Kee decided to release it in 1967. The Third Policeman is set in rural Ireland, narrated by an unnamed man who breaks his leg under mysterious circumstances. The narrator meets and befriends John Divney and over the years the narrator devotes himself to studying de Selby, and leaves Divney to run the family business. When the narrator reaches the age of 30, he is ready to release his definitive critical work on de Selby, but lacks the funds. Divney then schemes to rob and kill Mathers, a local man, for the money. One night Divney knocks Mathers down with a bicycle pump. The narrator finishes him off with a spade and then notices that Divney disappeared with the cash. Divney holds the cash hostage and three years later reveals that the cash is below the floorboards of Mathers’ house. Then things turn surreal with the narrator conversing with the dead Mathers. The narrator meets two policemen who speak in non-sequiturs and are obsessed with bicycles. The narrator finds himself in an underground chamber and, to his dismay, is charged with Mathers’ murder. Eventually the narrator meets the third policeman, Fox, who has Mathers' face. The events start looping, comprising the narrator’s personal hell. In a letter to William Saroyin, O’Nolan explained “When you get to the end of this book you realize that my hero or main character (he's a heel and a killer) has been dead throughout the book and that all the queer ghastly things which have been happening to him are happening in a sort of hell which he earned for the killing.” This synopsis now helps put Timo Aspelmeier’s (Toxenaris) new solo concept album The Third Policeman into context. The twelve tracks tell the story in avant garde compositions peppered with occasional progressive rock themes (“Golden Hours,” “The Iron Pump and Spade,” “Divney and I,” “Nameless,” “ A Power for the Hills,” “Inspector O’Corky,” “Change for Tinahely and Shillelagh,” “On the Lever,” “Le Sabvant,” “The Codez and the Scaffold,” “Fox,” and “Happy Return”). A very interesting work that will make you curious about reading the novel.