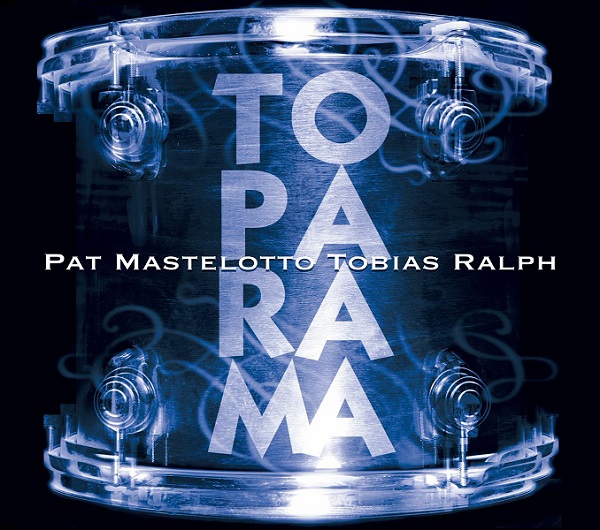 The publicity for this release said it didn't sound like a "drummer's album," the implication presumably being that a drummer's album would be a bad thing. But for ToPaRaMa, neither is true. It does sound like a drummer's album (or a drummers' album, in this case), and it is not a bad thing at all. This is a much more organic effort than the XtraKcts & ArtifaKcts release more than ten years ago, where Pat Mastelotto assembled a bunch of Crimson-related recordings into something completely new — although "completely" is a matter of interpretation here. This time around he has partnered with Tobias Ralph, the other Crimson ProjeKCt drummer, along with a number of guests on bass, keyboards, and assorted other instruments; the two principles also cover some instruments besides percussion. In addition to a reworking of the Crimson tune "B'Boom," they present a set of tracks based around rhythmic patterns, which could end up being tedious in less capable hands (and feet). The results are not surprisingly reminiscent of Crimson tunes of the 90s and beyond era, all of which have featured Mastelotto, only with more emphasis on the percussion and without the guitars. But even for those either not familiar or not fond of the later Crimson era, ToPaRaMa presents a fascinating sound, seamlessly blending electronic and acoustic sounds, playing and programming. And while the drums take the lead, there's no lack of melodic material, and nothing resembling a traditional drum solo of either the rock or jazz variety. This is a fascinating glimpse into the minds of two great drummers whose talents extend far beyond hitting things with sticks.