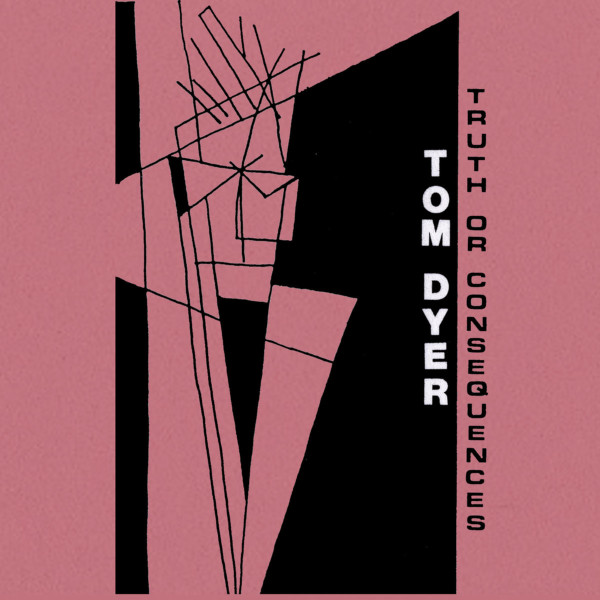 In his previous releases, Tom Dyer has produced music in a wide range of styles, from melodic rock (with the True Olympians and New Pagan Gods) to art-punk (with The Colorplates from the early 80s) to Beefheart-inflected avant-rock (on his solo albums). Truth or Consequences brings together a bunch of recordings from the 80s, touching on some material similar to The Colorplates and his Beefheart style work and adding in a lot more beside, including twisted experimentation that would be at home on a Residents album, collages reminiscent of Negativland, warped country, acapella, moody instrumentals, and more in 32 tracks that are mostly on the short side. The original Truth or Consequences release was an eleven-song cassette that came out in 1983 featuring Dyer on guitar, bass, sax, keyboards, and vocals, with a few friends from the Seattle area filling in additional guitar, drums, bass, vocals, synthesizer, and timpani. “Van Vliet Street” is a standout, and an obvious Captain Beefheart homage. There’s also the angry punk rock of “F.O.A.D.” and even “(1/2 the World Is Made of) Women,” which is a sort of polka with a cheesy drum machine. “Everyone’s My Hero” crosses barbershop harmonies with a touch of Gentle Giant vocal arranging. “Cars Keep Moving” could almost be an early Devo demo. In addition to the cassette’s original contents, several songs are included from the 1984 cassette called I Lived Three Lives, including “High School,” which consists largely of recordings of a principal’s morning announcements chopped up and rearranged. A number of other tracks date from the period 1983-85 but had never been released before. All in all, it’s a fascinating and diverse testament to what could happen when a wildly creative musician with little regard for commercial considerations got hold of recording gear in the mid-80s. Not every track is a winner, but the spirit of exploration is alive, and it’s great to hear something other than New Wave rock from Seattle during that time period.

Gentle Giant - King Alfred's College – Good quality Gentle Giants live CDs are a variable commodity for fans seeking a performance of that elusive tour or song which was only performed twice. Surprising to find then that the band itself...  (2010) » Read more