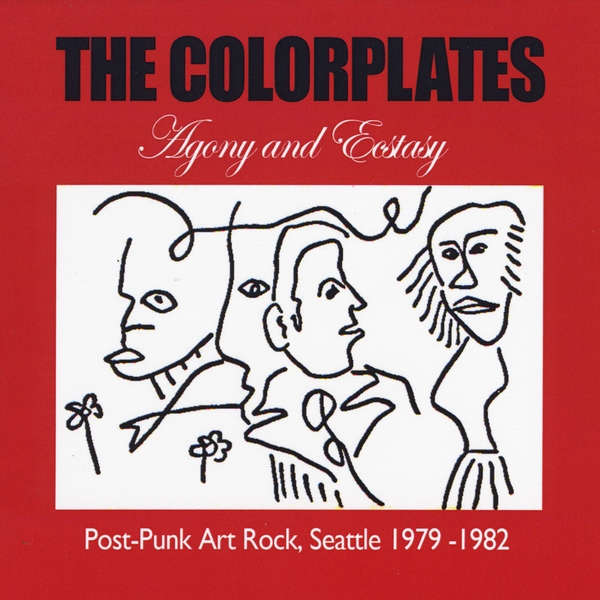 I moved to Seattle in 1985, missing The Colorplates by a few years, but if I'd been here earlier, I probably would have been a dedicated follower. The time period of 1979-82, when this band was active, was a time of musical searching for me: the bulk of progressive rock I grew up with had lost most of its appeal, jazz was sounding rather tired, and most punk rock was just too simple to take seriously on a musical level (though it had other factors going for it). Obviously, the members of The Colorplates (along with precursor bands The Pigments and The Adults) shared a similar attitude. Along with their better known contemporaries (like Pere Ubu, Magazine, The Pop Group, and others), they added avant-garde artistic elements to simple rock structures to create what came to be called post-punk and art-punk. In this case, a background in free improvisation lent elements of chaos to the sound. They also had a propensity for rearranging well-known songs in their own style, as found here with "Purple Haze" (which is every bit as radical a reworking as Devo did with "Satisfaction"), "Break on Through," and "It Was a Very Good Year." The latter is particularly notable for a nutty theremin solo from Harvey Tawney. But aside from the cover tunes, it's notable that the original songs are really good, catchy, quirky, and full of energy. "Call on Me" (present in two different versions) sounds a bit like early Devo with a skronky sax providing demented counterpoint to the melody; "Ornette" features a lurching beat with two guitar parts duking it out for what key should dominate. The four improvisations that finish off the CD feature additional instrumentation, both by band members and guests, providing horns, percussion, keyboards, and "little instruments," and showing the range The Colorplates were capable of. The recordings are stripped down and no-frills, but surprisingly listenable given the widely varying sources. Former band member Tom Dyer, now head of Green Monkey Records, is to be commended for handling the mastering so well. A few tracks, especially the live recordings, are wildly oversaturated and noisy, but somehow that works in their favor, reminding us what it was like in the early 80s when everyone in the audience wasn't carrying around a digital audio recorder. Agony and Ecstasy is a fascinating series of snapshots of a time and place worth remembering.