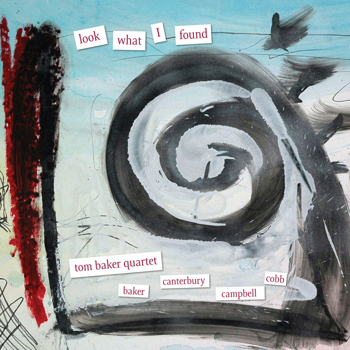 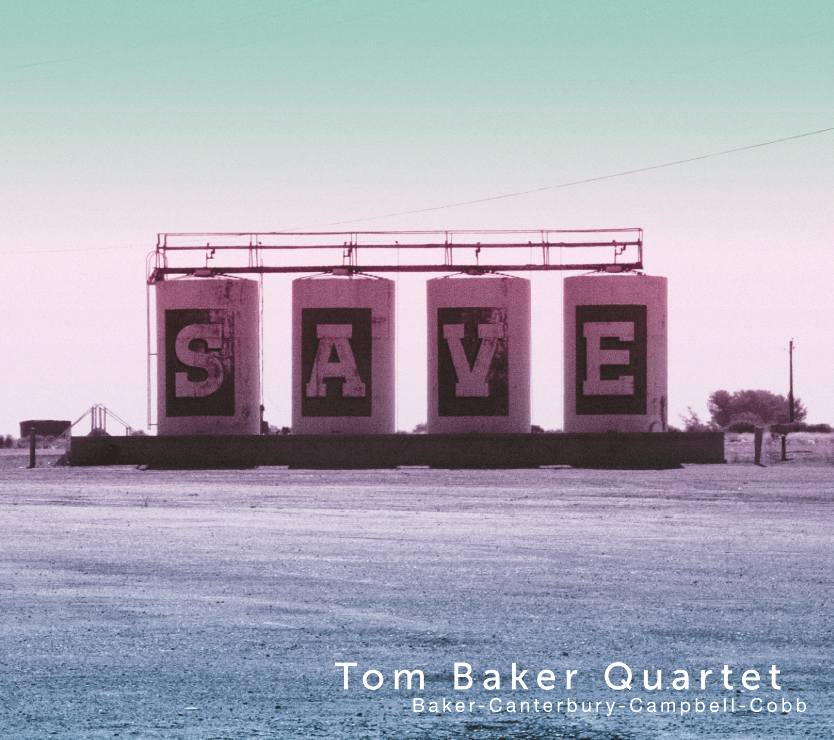 Fretless bass guitars have been pretty common since the 70s, but fretless guitar is hardly ever encountered. I suppose that's because guitars are frequently called upon to play chords, and it would be nearly impossible to play more than three strings together on a fretless instrument and keep all the notes in tune. Tom Baker's primary instrument is fretless guitar, and it's no surprise that chordal playing is not central to these recordings, though you'll hear some. Baker is joined by Jesse Canterbury on clarinet, Greg Campbell on drums, and Brian Cobb on upright bass. Look What I Found starts out with "Swampled," with a great off-kilter head with a jarring guitar melody, then a middle section of wandering clarinet phrases and sparse cymbals backed by quiet guitar. The guitar, now modified by distortion, takes over for the second half of the middle section with a lyrical solo. The improvisational side of the group dominates much of the rest of the album, though many of the tracks have signposts along the way for the players to orient by. When they go completely free, as on "The Waiting Room," they tend to be more atmospheric than confrontational, though dissonance and non-musical tones aren't avoided. This is not noisy, angsty improv; the mood is reflective and a touch melancholy. Campbell has a real talent for setting moods using an array of metal bits and pieces that augment his kit effectively. The use of space is very important here. Of course, a fretless guitar is ideally suited to glissandos between notes, but Baker uses them sparingly, avoiding any gimmicky pseudo-Arabic lines. His playing is refreshingly free of cliches and guitarisms, and while he does use a variety of effects devices, they're relatively unobtrusive - no space echoes or looping. And he does the volume-pedal (or -knob) ambient washes without sounding like Bill Frisell. Save finds the same cast of characters in a somewhat more energetic mode. There's still a lot of attention to space, but fewer moments of outright quiet. And I may be imagining this part, but it seems the role of the bass is a bit more prominent. In short, while this music is clearly jazz, and uses a lot of the methods of jazz (establish a theme, improvise, restate the theme), it doesn't fit any of the established streams of jazz. But then, one could also say that it is the nature of jazz to not abide by too many rules. Both of these releases are excellent, but I'd give the edge to Save - the pieces seem to better tell their stories, perhaps because the musicians had been working together longer. Finding unknown treasures like this gives me hope for music. What passes for jazz on major labels is mostly backward-looking and tame; Tom Baker and company prove that there is another path.

Amygdala - Amygdala – The brutal apocalyptic menace of the opener “Utrecht” could be described as a four-way collision between Univers Zero (that “chamber” sound), Magma (the rumbling, growling basses), Present...  (2004) » Read more

A Band Longing for a Blanket