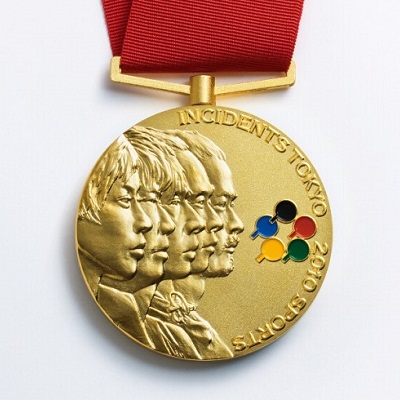 Since its founding in 2004, singer Shiina Ringo's band Tokyo Jihen (The Tokyo Incidents) has been a very eclectic and creative entry in the Japanese rock scene. Their latest effort is no exception, a bundle of wide stylistic variation, musical inventiveness, and obscure artistic intentions. Also, surprisingly for such a non-mainstream sounding release, it topped out at number one on the Oricon weekly album chart. The first track starts out with Shiina and the guys singing pseudo-barbershop harmonies, occasionally manipulated electronically, with other sounds gradually blended in as her vocals become increasingly strained, cracking and wavering in a tortured way. Then the full band comes in with a bouncy punkish rock backing, and it all finishes off with a piano-led anthem and a little honkytonk coda. Various elements recur throughout the rest of the tracks – noisy guitar, up-front bass, jazzy piano chords, and electronic sound mangling – but variety is the watchword, from Beach Boys chamber pop to funky rock to noisy twisted electronica. Shiina's voice is the main constant, and even that is highly variable, prone to all sorts of techniques and mannerisms, growling, screaming, crooning, whispering. This is an outstanding example of how far outside the mainstream a band can go and remain popular, at least someplace in the world.

The Shiver - Walpurgis – It’s generally not a good sign when a band’s best material is written by other bands. The Shiver is a case in point. This Swiss band’s forte was covering British blues-rock, but...  (2005) » Read more