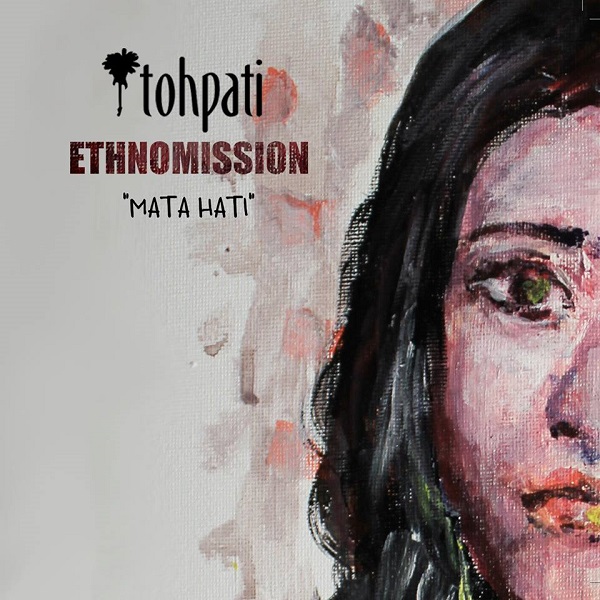 Long overdue, the follow-up to Tohpati Ethnomission’s 2010 Save the Planet is here, and I must say this was well worth the wait. Tohpati himself has been active all these years, with Tohpati Bertiga Riot in 2012, his solo album Tribal Dance (2014), and as guitarist on the many Simak Dialog albums (including Live at Orion), but through it all, his Ethnomission band has remained active, and surprisingly the membership remains the same as on their earlier album, over time becoming more cohesive and fluent at their unique style, which has only grown in intensity over time. While Tohpati is an amazing guitarist and composer, as every one of the nine tracks here confirms, this is not simply a one man show – every one of the players is on the same wavelength and contributes effectively to the vision. Drummer Demas Narawangsa and bassist Indro Hardjodikoro drive an incredibly diverse rhythm section that alone would be more than effective, but add in Endang Ramdan on kendang percussion and you have an added ethnic element that propels the music forward and up to new heights. Finally, the melodic drive and counterpoint provided by fifth member Diki Suwarjiki (tarompét, suling, and bamboo flute) gives a firm cultural grounding and identity to the band. Opener “Janger” is very complex rock oriented with a solid Indenesian flavor (with added orchestration by the Czech Symphony Orchestra), as the album progressive we encounter more jazz elements integrated within the fabric, in fact “Pelog Rock” is hardly rock at all, but a beautiful melodic jazz tune that begs for more listens, with amazing solos alternating between Hardjodikoro and Tohpati, nothing short of tasty at every turn. The title track is similarly fresh and melodic, with a more textural grounding and flute and guitar leading leading the vision, but the spotlight hits every player during its six minute duration. “Pangkur” is a tune that almost sounds like a traditional piece, but then boldly stes over the line into punchy aggressive jazz rock territory reminiscent of early Larry Coryell, only to later come back and apply that same fuel to the traditional sounding intro. One could go on and on about every track here, but the album closes with the nearly full-on rock ethnic rocker “Amarah” which is about as amazing as anything else here, this album doesn’t have a dull moment anywhere. Welcome back Ethnomission!