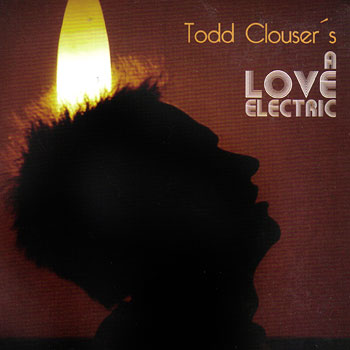 Todd Clouser's main idiom is what you might call soul-jazz — jazz with a very high groove quotient and a clear relation to the blues. It's a style that dates back to the late 50s and has been explored by many artists. Cannonball Adderly, Jimmy Smith, Les McCann, Horace Silver, and many others have traveled this road. Clouser is a guitarist, and follows in the tradition of Kenny Burrell and George Benson (think of his 60s material, not the slick disco-oriented later recordings). But Clouser does have a nice twist on the style, bringing in sounds from more outside streams of jazz as well as the occasional nod to fusion. And setting aside the question of originality (a pretty nebulous concept in any case), let's just listen to what he has to play. This music is catchy, tuneful, grooving, and tons of fun. The rhythm section of Gordy Johnson (or Adam Linz) and Greg Schutte (bass and drums respectively) groove like hell, and Jason Craft is mighty tasty on the B3. Acoustic and electric piano make appearances as well, and there's an occasional trumpet part. For this outing, all the tunes are Clouser originals save covers of Harry Nilsson's "One" and Leonard Cohen's "Hallelujah." As guitarists go, Clouser is less flashy than tasteful — I've seen him live and can attest that he's got chops to spare, though he's more concerned with the success of the overall sound than with strutting his ego. This is a thoroughly enjoyable outing, and a nice introduction to Clouser's vision of jazz guitar.