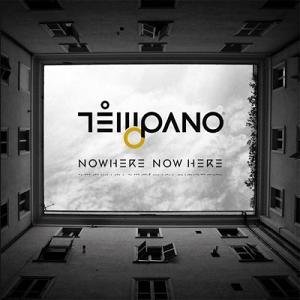 This four-piece from Venezuela has a storied past, beginning in the late 70s with their excellent and very progressive debut Atabal-Yémal, then being (mis)managed into being a pop band (and a successful one on a major label at that), during which time all of the original members but one dropped out one at a time, followed by the inevitable breakup at the end of the 80s. The good news came in 1998 with the reissue of their debut, with newly recorded bonus tracks by the four original members, and an incredible live performance at Baja Prog. Several new albums followed, El Fin de la Infancia, The Agony and the Ecstasy, and… then nothing until 2008’s Selective Memory, which was more of a compilation of previously released material from various Musea compilations, with three previously unreleased tracks added. And then… it’s been almost ten years since anything new had been heard from the band, one might be rightly concerned that they had hung it up for good. There were some side projects (Ashwave, OdraReg, iX, and guitarist Pedro Castillo’s solo album), but those all pre-date the 2008 release. Here it is 2017 and I’m happy to announce that the new Témpano album – with all the original band intact – is finally here: the title Nowhere Now Here kind of says it all, if you think about it. Not sure what happened for ten years, but the the band’s writing and playing is as strong as ever, a forward looking progressive rock with some jazzy and experimental touches. The opening track, “Nowhere,” introduces the band: first comes keyboardist Cesare Delle Noce, followed by bassist Miguelangel Echevarreneta, then Castillo, and finally drummer Gerardo Ubieda completes the sound, taking this instrumental to its six-minute conclusion. “The Night before the End” introduces Castillo’s vocals, as well as the band’s English language lyricist (and manager and producer) Alexis Lope Bello. The instrumental “Walker But Not William” (a reference to Greg Walker of Syn-phonic) introduces the amazing talents of guest violinist Oman Pedreira, for what is one of the best pieces on the disc. Things take a more unplugged turn with “Daylight Moon,” showcasing superb vocal harmonies and some great slide guitar leads, before taking on an edgier, more eclectic style. Another instrumental “Now Here” is a short jazzy funk trip before “The Whisper of the Blade” takes us forward, swimming and harmonies and cool vocal effects. On the ten minute closer “Where Opposites Meet,” the band has their Yes harmonies down cold, sounding like an out-take from Going for the One, mixed with some great jazzy moves and experimental ideas, all ending with a grand and magnificent finale. Ten years onward, Témpano hasn’t lost a single step, this new album is better than ever.