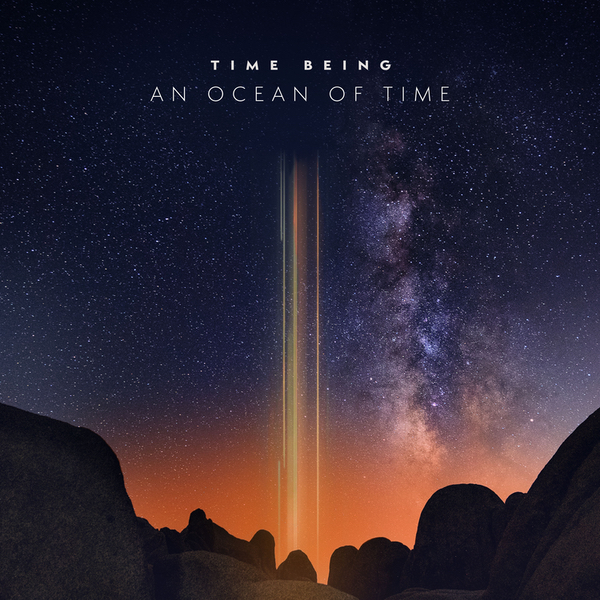 Time Being is the collaborative partnership of Phillip Wilkerson anf Jourdan Laik, An Ocean of Time being their third release in nine years on the Spotted Peccary family of labels. Both Wilkerson and Laik are credited with synthesizers and programming, though one can detect other sonic triggers in these beautiful soundscapes, perhaps occasional acoustic or electric guitar, zither, tuned percussion, but then again that could easily all be the product of music software. More than anything, the sounds here are open-ended, drifting, and textural, seeming to span the expanses of time and space, yet still holding on to a semblance of melody within the context of it all. A listener might well become immersed in their sonic world as it discovers new sonic expanses from horizon to horizon and out into the infinite reaches of space. The album contains eight tracks that each have their own personality, yet all work together surprisingly well. The sound is soft and dreamy, but not smooth and creamy — there are definitely textural elements that are giving the sound a stirring power just under the surface, with long protracted chords of ancient beauty hovering right at the surface, while moving waves of darkness and light exchange with a sense of purpose, pulling the listener in many different directions all at once. “Unfolding Way,” the album’s shortest cut at just under four minutes is a great example of this, flowing and ebbing with regularity while washing the listener in stirring atmospherics, while “A Perfect Heart,” which follows it, brings more bright tonal colors back into the equation, though the changes are glacial and enshrouded in a beautiful and mysterious fog. “Here Now Always” hints at guitars, strings, and bells suspended in the background as the piece proceeds, yet synthesizers and studio effects dominate, while “Infinite Cadence” seems to open with dissolving hints of a guitar or zither, obscured just enough so to be an unidentified source, yet before long into its ten-plus minute duration, we are back to exploring the limits of outer space. An Ocean of Time presents a thoroughly immersive soundworld that a listener can easily get lost within.