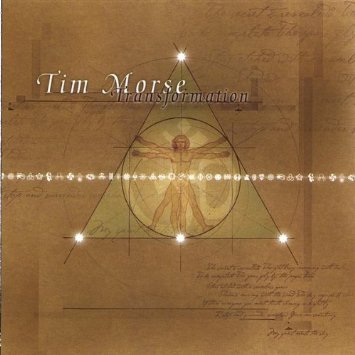 Tim Morse is the author of Yesstories, a compilation of interviews from Yes band members past and present. One might therefore expect his debut CD to have Yes’s stamp on it, though this is surprisingly not the case. Instead, Morse — with his co-conspirators Mark Dean and Richie Zeller — has opted for a denser and harder musical road. Only the closing instrumental, “Ascension” (with its Andersonian spacy-ness), and Dean’s chunky bass playing hint at a Yes influence. The closest and easiest comparison I can make are to fellow northern Californians Magellan, who share this album’s predilection for dense, melodically angular and kinetic progressive rock. The songs at other times recall everyone from Saga to Cairo to Kansas. In other words, it’s a very American sounding album. Morse covers all of the keyboards, and he steers clear of analog or retro sounds, again perhaps wanting to avoid any Yes comparisons, though given the in-your-face stance of the material it’s nothing he need worry about. Though Morse’s name is on the front, Dean had a big hand in this album, playing most of the guitars, drums, and bass and co-authoring the songs. Guests contribute acoustic guitar, violin, and vocals, making for what feels like a communal effort, more than a mere solo project. Clearly a great deal of work and care has gone into this album and generally it succeeds, though for a follow up I’d like to hear what these musicians can do when they take their foot off the pedal.