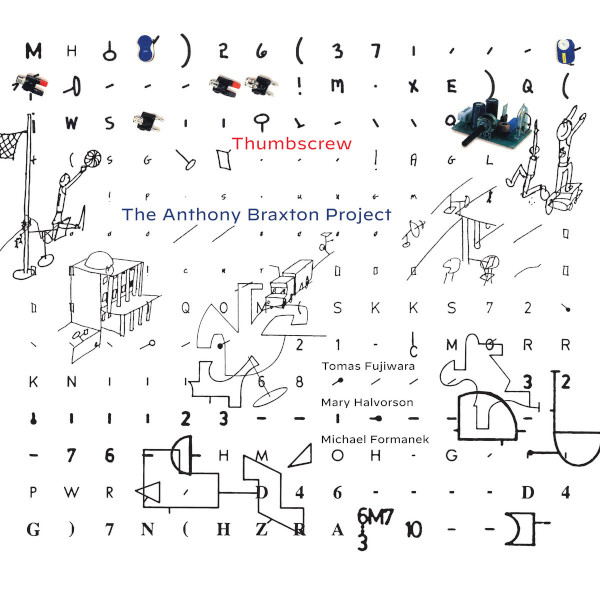 With The Anthony Braxton Project, Thumbscrew pays tribute to a jazz rebel known for using mathematical formulas as titles for his compositions, or simply numbering them. Braxton is of course a saxophonist, and Thumbscrew has no sax, but it is Braxton the composer on exhibit here, interpreted by a guitar trio. Braxton is generally associated with free jazz, and his idea of what comprises a “composition” is pretty far removed from any standards of head / solos / head, so expecting hummable melodies or even recognizable motifs can be challenging. You can either dive into the technical deep end and try to analyze what’s going on, or you can let that go and just soak in the sounds as they come at you. As a musician and composer myself, I’m stuck in the middle, unable to completely avoid attempts at analysis, so this is a rare case where lack of time is a boon. I know I could figure out these pieces if I had enough time, but I don’t, so I have to listen with less intellectual engagement in order to avoid frustration. In that frame of mind, I find most of these pieces work for me, expertly spanning the extremes of improvisation and faithfulness to Braxton’s documented scores (whatever they may look like). The result is quite a bit more “out there” than previous Thumbscrew albums, but I don’t find it to be radically different — it’s like a concentrated dose of their least accessible moments. That being said, I don’t find it overly harsh or unpleasant, just a bit chaotic and atonal, neither of which is a disqualifier for my enjoyment. To draw an admittedly flawed analogy, Anthony Braxton is the Arnold Shönberg of jazz, and listening to his music compared to most other jazz is like comparing Pierrot Lunaire to Franz Schubert’s song cycles. The Anthony Braxton Project might be a difficult listening experience, but it does contain rewards for those who dive in.