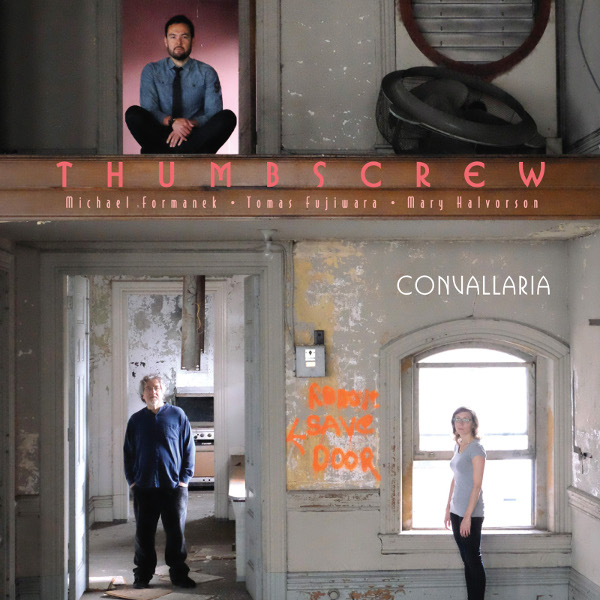 This trio’s second album finds the players developing their sound into some new areas. The busy, distorted middle section of the lead track, “Cleome,” brings a different sound from Mary Halvorson’s guitar, more edgy and aggressive than I’ve heard from her before. Her bandmates Michael Formanek (double bass) and Tomas Fujiwara (drums) join in the ramped-up mood. Notching up the energy level serves them well, adding an urgency that contrasts with the first album’s sometimes muted mood. Once again, composition duties are shared out, though Formanek gets five to the others’ three each; only one of the tracks stretches beyond nine minutes, so they never waste time repeating themselves or over-indulging in their improvisations. Fujiwara’s tune “Trigger” presents some interesting elements, starting with a lengthy bass solo of a pensive, melodic nature, then adding in some of Halvorson’s oddest guitar playing, with numerous effects combined in a very unusual way. Tremolo, echo, distortion, and pitch shifting interact in a most unsettling manner. The hair-raising “Screaming Piha” and the driving title track are a couple more highlights. The circumstances of the album’s recording have really paid off. The trio was granted a two-week composers’ residency at City of Asylum in Pittsburgh, providing the opportunity to hone the pieces in a more focussed manner than their normally busy convergent schedules would permit. The album makes one wonder how much more great music would exist if more artists had access to such programs. Convallaria is also an exercise in how minimal production can serve music beautifully. The trio sounds like they are live right in your living room — or inside your head if you’re on quality headphones — with no mucking about or funny stuff. This is definitely a case where the sophomore effort tops the debut, and resolves the slight reservations I had about the band.

Carmen - Fandangos in Space & Dancing on a Cold Wind – It's about time that these albums received a proper re-release after the butcher job the German Line label did with them in the late 80s (large parts of tracks missing, track indexes in the wrong...  (2007) » Read more