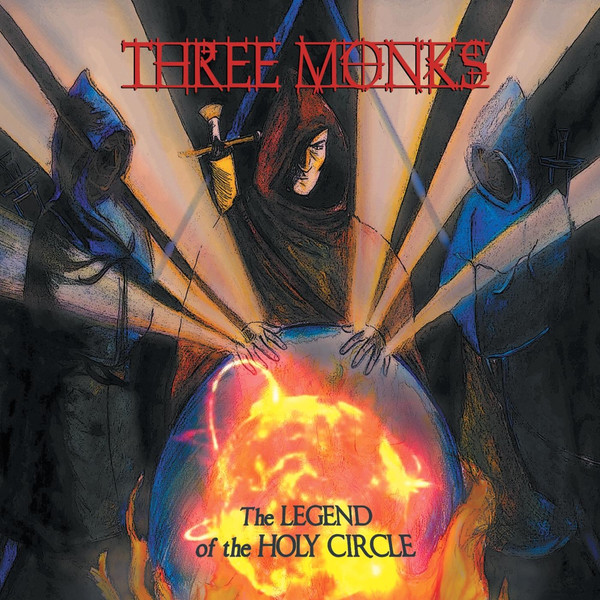 The Legend of the Holy Circle is the second all instrumental release by this Italian trio of Paolo “Julius” Lazzeri (neogothic organ & synths), Maurizio “Bozorius” Bozzi (bass), and Claudio “Ursinius” Cuseri (drums on tracks 1, 2, and 5) and Roberto “Placidus” Bichi (drums on tracks 3, 6, and 7). Given this combination, you might immediately think of Emerson, Lake, and Palmer, which would not be that far off the mark. The difference here is that a grandiose church pipe organ is front and center, with the synths so well integrated into the background that you hardly notice them. The seven tracks are heavily influenced by baroque music, though it is Julius’ artistry on the keyboard that stands out with his multiple keyboard runs and shear energy. Listening to the opening track “The Holy Circle” you can easily picture this track performed live and whipping the audience to a frenzy. Julius’ playing also calls to mind Gianni Leone’s keyboard chops. Even though there is not much variation in the instrumentation, Julius and bandmates are able run through a range of emotions within and across the seven tracks, from dark gothic atmospheres to spiritual hymns. “The Rest of the Sacred Swarm” particularly pays homage to Bach and a vague reference to Procol Harum’s “Whiter Shade of Pale,” as well as the closing track “Toccata Neogotica n5” that immediately calls to mind Bach’s “Toccata and Fugue.” Another stand out track is “Rieger” with its heavy progressive arrangements and martial pipe organ. The Three Monks are a unique band. As far as I know, no one else is composing music like this today. And The Legend of the Holy Circle will appeal to all lovers of heavy progressive organ dominated rock. It is certainly in my top ten albums I have recently discovered!