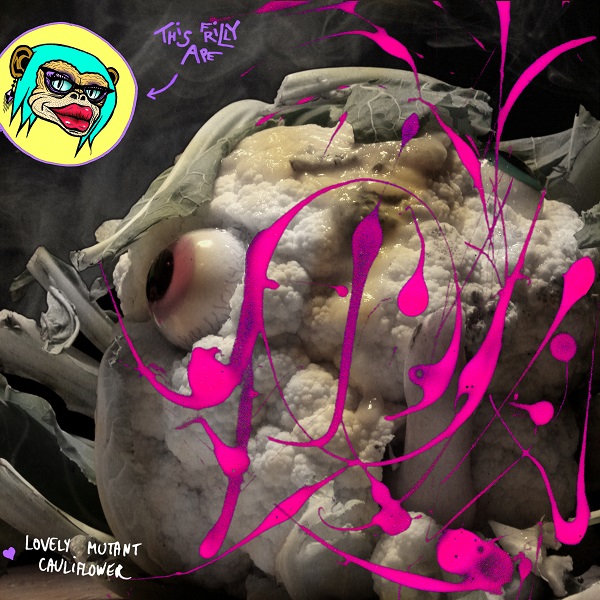 Every once in a great while I have to review something that is such a difficult listen that, no matter how many times I try, I end up aborting the endeavor well before the album is even half finished. Case in point, this one has been on my back-burner for over six months, and every time I give it a spin, I end up giving up after anywhere from three to six tracks in – only the very first time did I make it all the way through. I’m sure the intent was to create something avant-garde in the post-punk experimental rock realm with a lot of grunge and metal influences but the result seems at once sloppy and to a degree, amateurish. The complete back story is that Lovely Mutant Cauliflower started as the work of a three-piece band led by composer and multi-instrumentalist Jérémy Rumerio from Durfort, France. After a couple years of work, Rumerio felt that things were progressing too slowly, so he dispatched with the band and decided to record everything himself, playing all the instruments himself along with all the vocals, after which it still took an additional four years to complete the thirteen tracks herein. If one can stand the noisy and chaotic thrashing and distortion, the opening nine-plus minute “Carcinogenic Slave-Driver” is actually not too bad a track, but the drumming is fairly disjointed at several points; the same distorted guitar tone is used throughout, and that sound can be pretty annoying at times, and the vocals are never high enough in the mix to be heard. “Spoilt for Choice” is a bit slower paced and more gentle on the nerves, with some quiet sections after an initial blast of nuclear distortion, and the vocals are actually decipherable to a degree. The one-minute “Fresh Waves Blast” is a quirky, noisy interlude with some shouting and odd voices – it’s over before one realizes it’s there. The title track, at seven and a half minutes, starts as a quiet piece taking half its duration to get off the ground, but when it does, it’s the same old thrashing and distorted guitar tones. I could keep on with this, but why? If there is any interest, go to the Bandcamp page and listen to it for yourself, it’s even a name-your-price download. Hopefully in the future Rumerio will find a producer to work with him on his ideas and suggest some different guitar tones to keep it interesting. As it is, I can’t really recommend this.