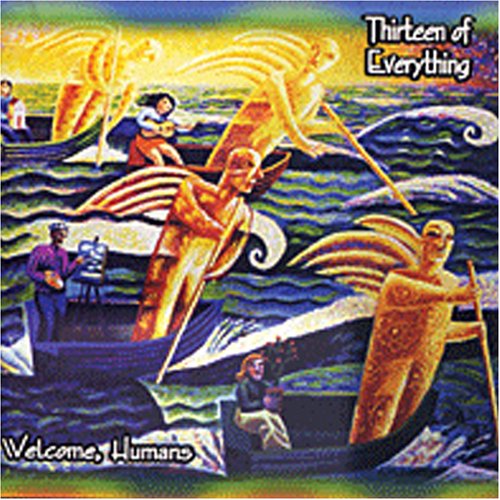 I got the Thirteen of Everything demo back in 2002, so this one has been a long time in coming. A quartet out of Texas with guitars, keyboards, basses, and drums, Thirteen of Everything have sonic signposts as various as the Flower Kings, XTC, and Echolyn, but also more than a dollop of brooding guitar-led atmospheres the way Floyd used to get it done. The song formats are anything but obvious, with ten or eleven minute compositions proceeding in fairly linear fashion with weird vocals, jarring note flourishes, sound effects, and anything else they can think of to keep the listener on their toes. It’s much more interesting than most of the prog-by-numbers we are asked to digest these days. The hilariously titled epic “Late for Dinner” stretches seven parts over 26 minutes with a lyrical content seeming more than a little self-aware, although I really enjoyed the lyrics for “Real Estate.” On the whole though I’d take the first six tracks, which themselves total almost 50 minutes of music, as stronger on the average. “Late for Dinner” is just too much of a pastiche, even if it’s well done. On the whole, Welcome, Humans is a very nice, if rather belated, debut release, and deserves to be noticed in the symphonic prog community.

Related artist(s): Thirteen of Everything