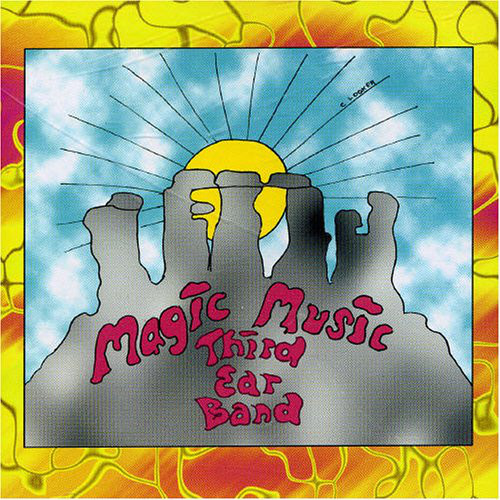 There was a Materiali Sonori CD of the same name by the Third Ear Band in 1989, a disc that's kind of hard to find and one I've never heard unfortunately. I do know, however, that this has completely different song titles and is much shorter than the original CD under this title. It's the same line-up — Glen Sweeny, Lyn Dobson (of early Soft Machine), Mick Carter, and Neil Black — yet there is no line-up information indicating that this is a reissue, a new album, or a remix. It sounds quite a bit different from the Live Ghosts album from around the late 80s. It's a higher tech and less medieval sound than the days of Alchemy and Macbeth. The Third Ear Band featured an ever changing line-up anyway, and this configuration of guitar, violin, sax, and drums in itself is different from the more acoustic orientation (at least as far as treatment goes) of the early ones. This music reminds me a lot of the Suspended Memories projects, the guitar here very much in that soaring Suso Saiz style. The rhythms are insistent and shamanic, a quickening pulse amongst a very psychedelic backdrop. Ever the innovators, this is another excellent document of great spontaneous creations from one of England's most consistently unique groups although I do wish there was a little more information.