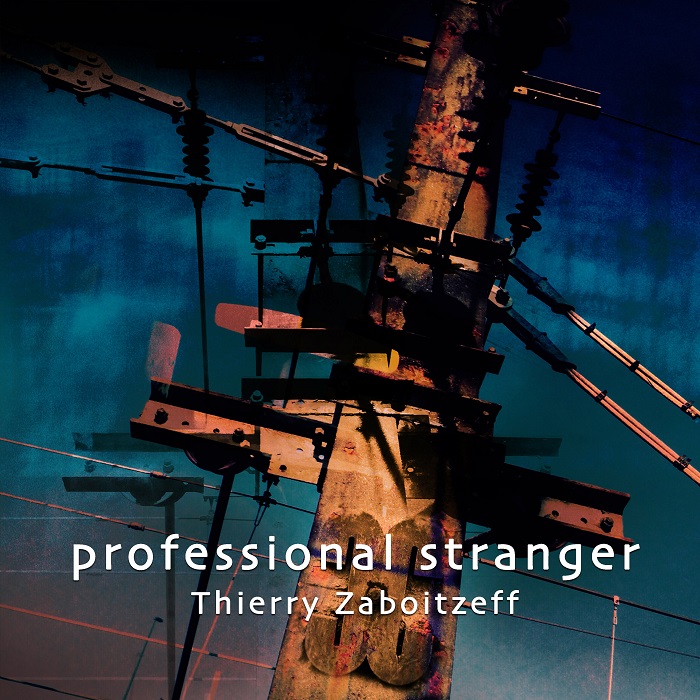 Thierry Zaboitzeff should need no introduction to longtime readers of Exposé, having been the bassist and cellist of Art Zoyd from 1971 to 1997, after which he branched out into solo work, having now produced over two dozen solo recordings (a couple while he was still working with Art Zoyd) and also a couple releases with three-piece group Aria Primitiva. Many of his recent projects are pieces commisioned by the Editta Braun dance company in Salzburg, Austria, Professional Stranger being the latest, the result of the choreographic project Long Life, which will be premiered in May 2021. The album contains seven instrumental tracks and two vocal pieces, the former mostly inhabiting a dark, crepuscular, and mysterious sound that might well lend themselves to soundtrack work, seeming to be on a course of ever-changing ideas. On all of the tracks, TZ plays all of the instruments, which include bass, cello, piano, keyboards, accordion, and programming, as well as various found sounds like creeky doors opening, muted thunder, and much more, including incidental vocals and voices. The main thrust of the music here is melodic, emotional, and filled with the unexpected, often shifting gears with little notice, but always savoring the beauty and eloquence of sound, be it classical, folk, or rock derived. Then there are the exceptions to those general rules. Anyone who was alive in 1969 will certainly remember The Shocking Blue’s worldwide hit song “Venus,” and here Zab offers a faithful rendition of that song, playing all of the instruments himself, with guest singer Sandrine Rohrmoser handling the vocal parts. The closing track is a very dark and foreboding version of Depeche Mode’s “Enjoy the Silence,” sung by Zaboitzeff with ominous vocal effects. So as much as this is accompaniment for a dance production, it also stands strong on its own in the unusual music category. One more thing: If you get it from Bandcamp you won’t get the two cover tunes (some licensing issue), so for the full album one will need to go to Apple Music, Spotify, or direct from TZ’s website, where you can buy it as a CD..