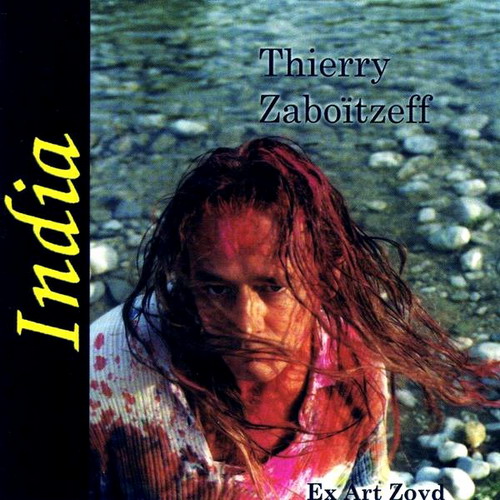 Dr. Zab strikes again, with his second release already (the fourth of his whole career) since calling it a long day with Art Zoyd back in 1997. On this soundtrack to a modern ballet project of the same title, it’s difficult to tell how much comes from the gut, rather than is merely done to spec, but I assume Thierry had rather a sizeable amount of leeway. Due to the subject matter though, it should be known that there is practically nothing resembling what you would hear from Art Zoyd. Neither does it fit any pattern of composition that I’m aware of, nor is it iconoclastic and out to smash all tradition under its thumb. What Thierry seems to be doing is pushing the fringe as far as it will bend before breaking, leaving the listener in a state of indecision: do I like this, or am I annoyed by it? If this is the goal then India is a success, for I am quite honestly stumped in a way that I can’t remember being in a good long time. On 14 different selections (most of which clock in under five minutes) he uses sampled sounds of mainly sitar and tabla, synthesizer, vocalizing in French (both solo and chorus), and percussion, to deftly capture the moods of stark loneliness, claustrophobia and mania. At times the music can be almost shocking; at others pleasant and bountiful. His singing is even more lyric-oriented than on Heartbeat, and a particular sitar motif recurs intermittently, conferring a sense of unity and structural foundation. This is not some form of crass culture, nor faux-ethnic forgery — out to blend various disciplines for their own sake — but a particularly European form of expression. I say European, not French, as the French haven’t really been known for being world explorers. Thierry however is Magellan! A true master. Make up your own mind whether you like it or not; but the man is in a category of his own design.