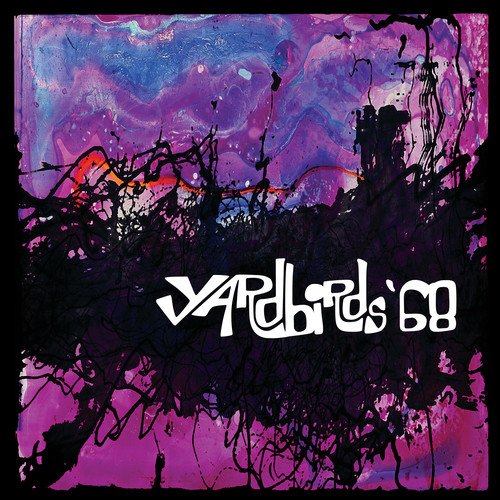 Few other bands from the 60s have a legacy quite like the Yardbirds, maybe the Rolling Stones and Beatles and a few others, but in those heady four years from their early recordings in 1964 to these final recordings in early 1968, the careers of several guitarists (Eric Clapton, Jeff Beck, and Jimmy Page) were launched, as well as many bands and recording projects involving singer Keith Relf and drummer Jim McCarty — an unprecedented record of influence. Yardbirds ’68 contains two discs, one live and another studio, representing the final recordings by the four piece version of Page, Relf, McCarty, and bassist Chris Dreja. The live disc is the Anderson Theater, NYC performance, originally released as Live Yardbirds (featuring Jimmy Page) in 1971, the hastily thrown together package with overdubbed applause was released by Epic to try and capitalize on Jimmy Page’s new notoriety with Led Zeppelin; every member of the band hated it and tried to prevent its reissue, but that didn’t stop some no-name labels from around the world from releasing CDs of it. Recognizing that it was indeed a great performance, but botched by the record company, around five years ago year Jimmy Page recovered the original tapes and lovingly restored and remastered them, that task completed at the end of 2017, after which it was released on his own label, both on CD and a double LP. Eight ‘studio sketches’ that were recorded by the same lineup in NYC around the same time round out the second disc; the studio tracks have a kind of unfinished feel, but document the direction the band was going at that time, even though at the outset of that tour the band had already agreed to split up, with Page and Dreja going on as the New Yardbirds, which soon became Led Zeppelin, and Relf and McCarty forming Together, which became the foundation for Renaissance. The live set here includes “I’m a Man,” “Heart Full of Soul,” “Mister, You’re a Better Man Than I,” “Dazed and Confused,” “Train Kept a Rollin’,” Shapes of Things,” “Drinking Muddy Water,” “My Baby,” “Over Under Sideways Down,” and “White Summer,” a live set that definitely shows the Yardbirds at the height of their powers. The CD is packaged in a slipcase with a massive booklet of notes, photos, and documentation.