The Underground Railroad — The Origin of Consciousness
((Not on label) Long Dark Music LDCD04, 2005, CD) 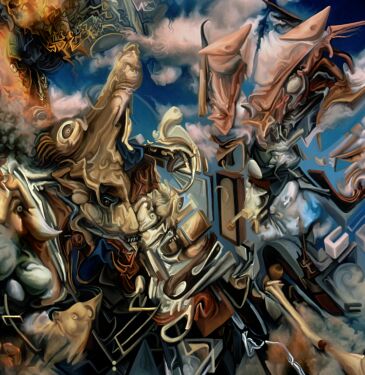 I found the Underground Railroad’s debut CD to be an uneven affair. Some parts were very good, others less interesting, and in general, the band seemed to be in search of a direction. With their second effort, they seem to have hit their stride. For the most part, they take after the style developed by Echolyn, but have their own spin on it, adding touches of jazz fusion into the mix. The complex arrangements fairly sparkle with bright energy, but they drift out of major keys enough to keep it from feeling lightweight, conjuring up impressions of darkness from time to time. And unlike the previous effort, you get the impression this is really a band now. I’m going to avoid the “original or not” argument, and just say that I find the whole quite an enjoyable listen and that the most relevant referent from the past is UK. The musicians employ their technical facility without coming off as showboating. The arrangements twist and turn, with many varying sections and tricky rhythmic patterns. While it’s not strictly a concept album, three of the tracks deal at least obliquely with the “bicameral mind” theory of Julian Jaynes, but knowledge or agreement with that idea is certainly not necessary.