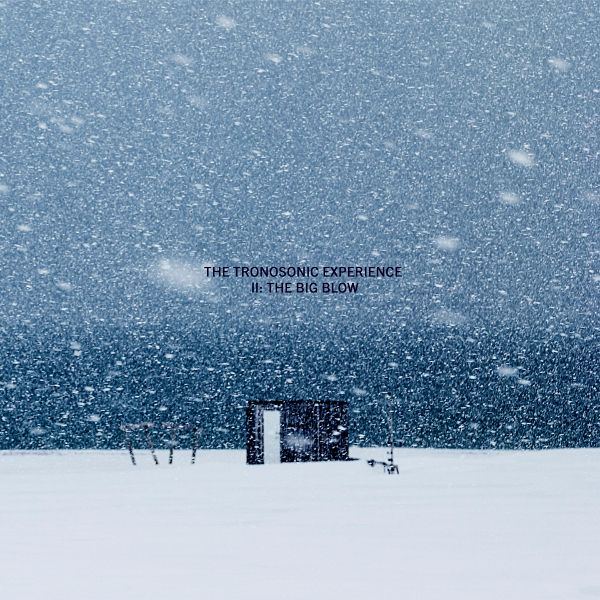 The title track of The Big Blow reminds me of Soft Machine on Bundles, with a great riff worthy of a comparison to “Hazard Profile” — this in spite of the lack of any keyboards. To be fair, Øyvind Nypan’s guitar is very little like Allan Holdsworth, with a gritty tone and fondness for noisy dissonance that Holdsworth never went for. And the sax from Ole Jørgen Bardal is a tenor, not a soprano… Oh, well, there’s just something about the riff and the way the guitar and sax play off each other that reminds me of Soft Machine during its guitar-oriented mid-70s period. You could also draw similarities to bands like Raoul Björkenheim’s Ecstasy, Kuhn Fu, Bushman’s Revenge, and so on. This is high-order electric jazz that doesn’t fall into the fusion trap of technique over all else — the compositions and arrangements aren’t especially complicated, but reliant on the creativity and ability of the players to make interesting sounds. Per Harald Ottesen (bass) supplies a growly low end that implies funk without precisely being funky, and Jango Nilsen (drums) is as likely to build his parts of toms as cymbals. Nypan sometimes switches to a baritone guitar for an even more dark, riff-heavy sound. And then you’ve got Henning Svoren, who is credited with found sounds and soundscapes, which could be almost anything — certainly there are a lot of atmospheric touches that help make the album sound special. For a change of pace, the album finishes with “Lost Highway,” where Ottesen contributes a mournful lap steep part, playing off Nypan’s twanging chords. The Big Blow functions as an adventurous jazz album, but also has touches of epic post-rock to it, and is enjoyable all the way around.

George & Caplin - He Really Got through to Advertising – At first I was tempted to look up one of my previous George and Caplin reviews and just recycle a bit, but in all fairness, this CD actually is different than the others. It’s much more...  (2008) » Read more