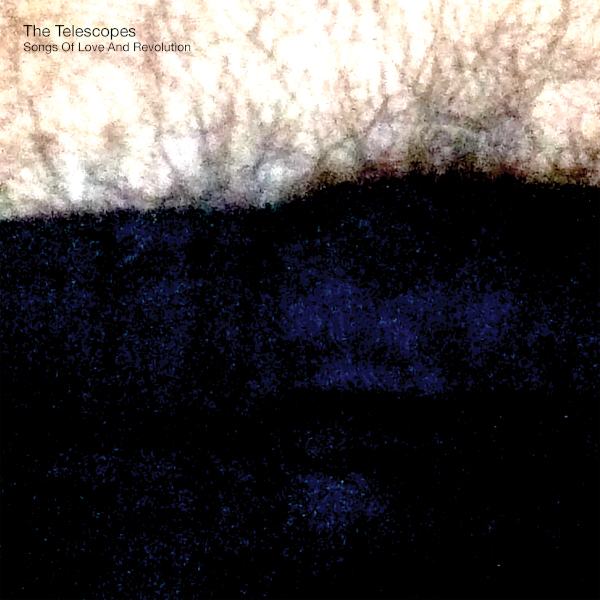 Stephen Lawrie’s The Telescopes recently released their twelfth album, and fourth on Tapete Records, Songs of Love and Revolution. However there are no detectable love songs on the album and the word revolution may have more to do with the spinning disc or with Lawrie's whirling dervish distorted guitars than a sudden radical or complete change. I am not certain who other than Lawrie is performing on this album. But Lawrie continues his exploration of Krautrock and motorik drumming that he began on his previous Exploding Head Syndrome. Most of the tracks contain depressingly sad mournful vocals that are so down in the mix that they are mostly unintelligible, but they complement the dreary fuzzed, distorted guitars. Similarities to Camera and Carlton Melton appear throughout the album. Overall the forlorn, lugubrious music can bring you down if you listen too carefully to the hypnotic rhythms. Lawrie does have a weird sense of humor as evidenced in the song title “You’re Never Alone with Despair.” I was also curious about the song “This Train” before I listened it. However, in the first couple of bars you realize the it is definitely not bound for glory, but instead has a relentless marching motorik beat and clashing distorted guitars taking you in quite the opposite direction. The closing track “Haul Away the Anchor” seems out of place with the rest of the album. This short two-minute track is primarily white noise and sea gulls with a subliminal buzzing guitar sounding like pseudo bagpipes, an interesting but definitely odd track. So if you like depressing trancelike music that twists and whirls around Krautrock jams, check out Songs of Love and Revolution.