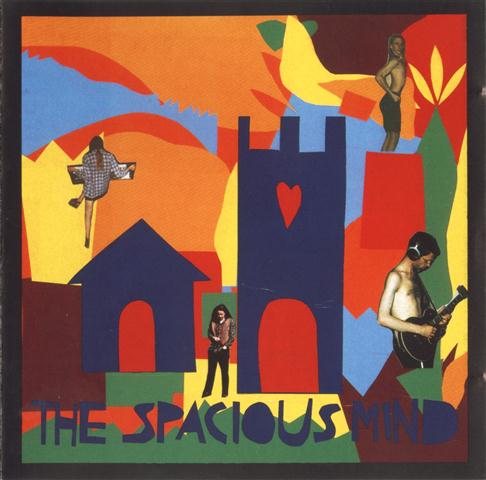 The Spacious Mind is the latest band to emerge from the burgeoning progressive scene in Sweden. Abandoning the more symphonic influences of countrymen Änglagård, Manticore, and Landberk, The Spacious Mind plays a very spacy and atmospheric style of psychedelic prog. Using ebowed and fuzz guitar, synths, and a variety of percussion, they evoke the sound of bands like early Pink Floyd, Ash Ra Temple, PLJ Band, and Agitation Free over the four long tracks which comprise this 70-minute CD. The mood is relatively mellow and laid-back throughout, though there are some very intense moments and powerful jams here as well. Most listeners will be blown away by the first track — the sonic atmosphere created here is quite stunning, and is made all the more effective by some excellent use of reverb and spatial imaging. The entire mix has a vast spacious quality to it; rather appropriate given the name of the band and the album. The music alternates between more intense sections, featuring haunting ebow leads over echoed fuzz guitar and low synth pads, and calm, reflective sections with sparser instrumentation and a more atmospheric sound. Often there are voices and other effects mixed low in the background, and at least one section includes backwards-recorded speech and guitar. For a majority of the album, the four band members do a decent job of avoiding the repetitive drum patterns and aimless noodling that too much psychedelic prog suffers from, but in some places, especially in the second and third songs, they try to stretch a few minutes worth of material into too long of a piece. The second track features a Gilmour-ish echoed lead and a sound quite reminiscent of some of the instrumental sections from Floyd's last two albums, but the mellow middle section goes absolutely nowhere and drags on for seven long minutes. The spacy ebow noodling would probably work well if it had some direction and dynamics; the lack of these two elements at certain points during the album is my main criticism. The third track, the only one with vocals, will instantly remind you of "Fearless" or "A Pillow of Winds" from Floyd's Meddle album, but again, what could have been a nice short acoustic piece is stretched into a ten-minute track that may begin to outwear its welcome for some listeners. Fortunately the better two tracks are the first and last, both over 20 minutes in length, and featuring some very powerful and engaging music. The most intense moment on the CD, the opening few minutes of the fourth track, reminds me of a live free-form Ozrics jam, albeit with a less metronomic drummer. This album will surely turn more than a few heads, and is one of the better new releases so far in 1994.