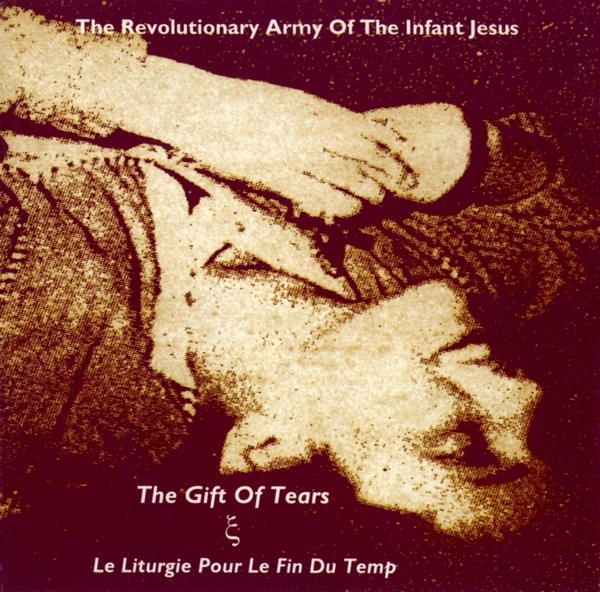 RAIJ are a mysterious ensemble of musicians whose music is genuinely unclassifiable. Operating somewhere near the 4AD / Dead Can Dance axis, the music by this fascinating combo is transfixing, ethereal, and slightly medieval. With a vast array of instruments (or samplers – it's hard to tell) such as acoustic guitar, hand percussion, synthesizers, flutes, male and female vocals, the music created here is definitely in the ethnic no-mans land of groups like Between, Third Ear Band, Aktuala, or Ossian. The Gift of Tears is their first album, Le Liturgie pour le Fin du Temps a later EP, yet both are fairly similar in execution. Tears, despite the use of synthesizers, sounds distinctly acoustic and is generally a very somber near gothic set of pieces with a fragile spiritual beauty. Le Liturgie is slightly superior and much more spacious and meditative. The use of a more mantric song structure ("Shadowlands") with droning tamboura like sounds is very effective and the swelling soundscape of "Dies Irae" is undeniably classic. A recommended CD for those into unique gothic/folk/ambient/4AD fusions.