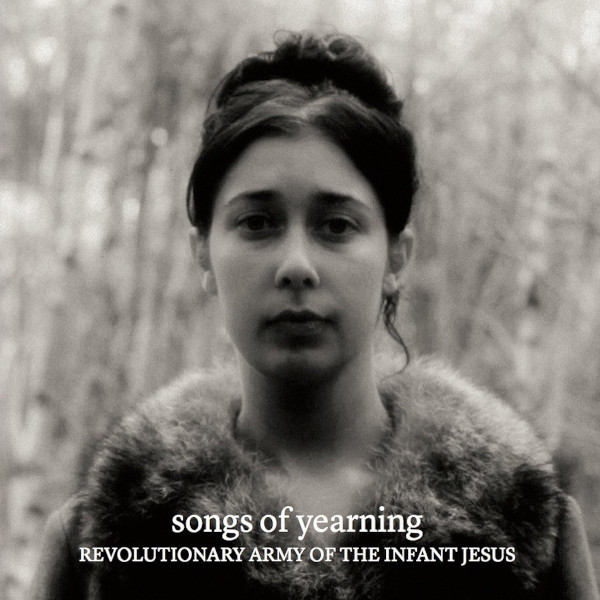 The Revolutionary Army of the Infant Jesus (RAIJ) is an obscure Liverpool band that has only released three albums and one EP since its inception in 1987. June 2020 saw the release of their fourth and fifth albums, a combined release of Songs of Yearning and Nocturnes. My copy arrived unannounced in the mail one day in the pouring rain. For some reason, that day our mailman exposed the package to the elements with the end result of a damp gatefold cardboard sleeve now glued together, effectively destroying the album cover. Fortunately the two CDs survived and played flawlessly. but left me yearning for a pristine copy. Songs of Yearning is a collection of twelve mournful quasi-religious songs in various languages (English, Greek, French, Latin, a Finnish dialect of Swedish, and Russian). RAIJ still draws comparisons to Dead Can Dance, especially on the opening track, “Avatars.” But the most striking element on Songs of Yearning is the cello that figures on most of the songs. Songs of Yearning is an apt title for the sorrowful acid folk tunes. You should approach this album with an open mind. “Ave Maria” is not the familiar song, but a dark tune in a minor key. “Vespers” is a delicate simple repeated pattern that grows on you. “Miserere” is a piano waltz sung in Latin, which could be the same 1630 setting of Psalm 51, but I am not sure. And the climactic sequed “Belonging / O Nata Lux” and “Prayer” close the album with bird song, eerie sounds, subliminal female voices, beautiful vocal harmonies, and electronics.

Nocturnes is a different experience. To put things into context, a nocturne is a musical composition evocative of the night. And Nocturnes consists of eleven tracks, some of which are instrumentals. The cello does not figure so prominently here and the acid folk vibe is downplayed as well. Synths and electronics play a bigger role in some of these sleepy trance-inducing songs. But there are some bright spots as well, like on the upbeat opening song, “I Carry the Sun,” as well as “Like the Waters” which reminds me of Artwork and Edward Ka-Spel’s “Bring the Rain.” Then there is the trippy psych rock instrumental “Visions,” with its laid back motorik drums, much like Harmonia.

Overall, the two albums are quite an impressive addition to RAIJ’s small catalog. And hopefully we won’t have to wait another five years for their next release.

In Spe - Typewriter Concerto – This is the second album by this outstanding Estonian ensemble, probably better known as The Girl on the Beach (based on the photo on the front cover, all information on the original LP was in...  (1995) » Read more