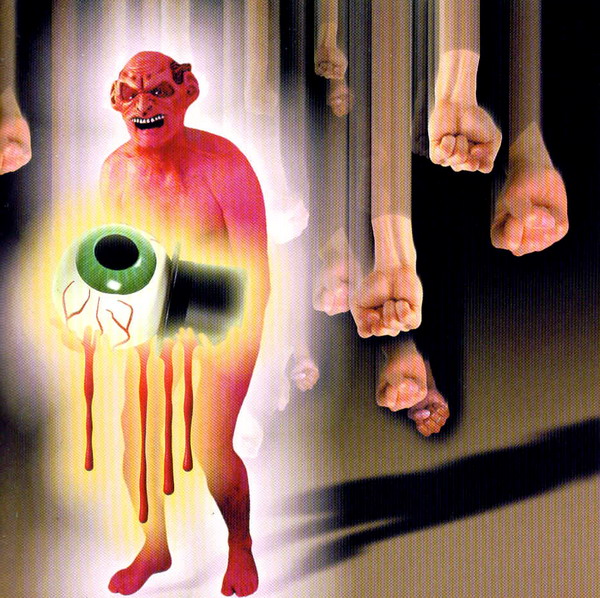 The last studio album from the Residents was Wormwood, back in 1998. In my review of that album (in #17) I remarked that parts of it were relatively accessible, at least from a Residents standpoint. This album continues that trend in the best way. The tunes are catchy, sometimes with the singsongy style often present in their music, sometimes in a sophisticated (or at least pseudo-sophisticated) way that reminds me of a really warped Burt Bacharach, with faux samba beats. The vocals are much less abrasive than on their classic recordings, though still fairly far from mainstream standards. Guest female vocalists are present on many of the tracks, even taking the lead, and “Mickey Macaroni” features what sounds like a child singing, though that may be faked. The 28 tracks (some of which are blank or ambient spacers) are arranged into two main sections, “Tongue” (which has the subtopics of “Loss,” “Denial,” and “Three Metaphors”) and “Demons Dance Alone” (which is a unit unto itself). It will take more time than I have now to decipher the significance of all this, beyond the fact that the songs in the “Loss” clearly deal with loss. The other sections are less clear – it seems to be some sort of story, but I’m having trouble making sense of it. One especially noticeable quality this release has is some very up-front guitar work, such as we’ve seen on Roadworms and in their live shows.