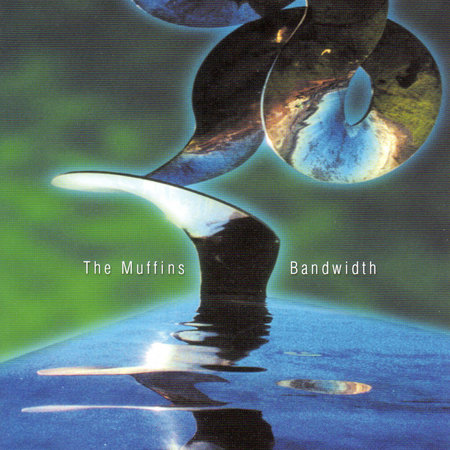 The Muffins are back! Really?! Yes, after 17 years of dead silence, they are back from the grave. I’m curious what changes will have taken place. Only few bands are capable of recreating that vigorous sound, after so long an interruption. Halfway through the album it’s obvious that their sound has undergone major changes and that the shuffle has destroyed the avant-garde richness of the past. Upfront we hear a more mainstream jazz; gone are the fruity Canterbury rhythms, and the complex time signatures which forced the listener in hearing it over and over again without losing its magic. Gone with the wind are the fine progressive rock stylings. And sad but true, even the clownesque humor has dissolved. No matter how small a piece, they knew how to bend it and come up with something fresh and stimulating. Now, we hear nice music with mid-tempo rhythms or slower, predictable structures and dearly miss the surprise this group was famous for. Only here and there we get a glimpse of past glory with that typical chaotic babbling sax. I hope the next album can prove I was wrong, so we are overwhelmed again by superbly crafted intricate music, as it should be.

The Muffins were one of those seminal East Coast US groups who started life entrenched in one style (Canterbury / ReR influenced rock jazz) before migrating into a variant style (experimental free jazz). The first official re-union recording of the group (disregarding the recent Loveletter #1), proves that the band does sound as vital as they were during their late 70s heyday. The complete set of original members have returned, including the oft-times mean spirited rhythm section of Swann and Sears. Jazz motifs are worn on the sleeve as evidenced on “World Maps,” where a slow introduction leads into the twin saxes of Tom Scott (not the longtime LA Session man) and Dave Newhouse that is possibly the showcase piece on the disk. It’s easy to hear how this group of unfashionable musicians influenced a legion of Cuneiform artists such as Curlew, Amy Denio, and possibly even Paul Dunmall’s recent big band works. Clearly the group has taken the initiative to refine their sound as heard on “People in the Snow” with its echoey flute solo and the overt swing mode of “Essay R.” Fleshing out the brass arrangements is Doug Eliot on trombone, adding support on four of the tracks. “Out of the Boot” even reminds me of those old Jimmy Hastings flights of fancy (playing flute as he did on Hatfield’s The Rotters' Club). Closing out the album is Newhouse’s sad but precious piano piece, “Pennies.” Bandwidth is a welcome return for a true icon of US-based experimental rock as well as a keen reminder that old jazzmen don’t just fade away — they mutate!

Many bands from the 70s and 80s that reform do so for strictly financial reasons. They might hit the concert circuit to cash in, and the results can range from pleasantly nostalgic to downright embarrassing. The Muffins are the rare band that has done the exact opposite. They’ve regrouped for artistic rather than monetary reasons, and instead of rehashing prior compositions they have come up with a fresh approach that is stylistically different from the music that they created over 20 years ago. Albums like Manna / Mirage explored an American take on the beloved Canterbury school, and until Volare came along several years ago no stateside band had done as good a job of evoking this style. Bandwidth, on the other hand, is dominated by the sound of multiple layers of horns and woodwinds that bring to mind the World Saxophone Quartet or Curlew more than any Canterbury band. Having said that, the proceedings are anchored by a snarling fuzz bass reminiscent of Richard Sinclair in the wilder moments of Hatfield and the North’s debut album. In addition, when Dave Newhouse migrates from horns back to keyboards (as he does on several of the albums last few tracks) the album sounds more like The Muffins of old. The twelve tracks are all tightly composed, and the band is well honed with excellent intonation on all of the various horns and woodwinds. It is obvious that the band took their time with the arrangements and multi-tracked recording, as the final product is sonically very impressive. Bandwidth is a tremendous success and the music will undoubtedly be a pleasure to hear during one of their carefully selected live performances.