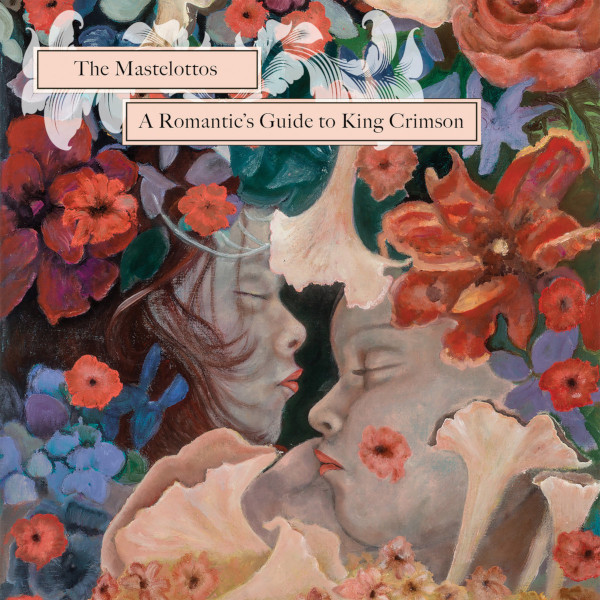 When most of us think of King Crimson, we think of dissonant sounds, heavy riffs, and complex rhythms, but from the beginning, there’s been another side to the music of Fripp and Company. For every “21st Century Schizoid Man” there was a “Moonchild,” for every “Fracture” there was a “Lament,” and for every “Thrak” there was an “One Time.” It was never a one-to-one ratio, but the band’s entire catalog is filled with beautiful, melodic tunes with inventive chords and emotive lyrics. For the 80s albums, there was less heaviness in the mix altogether, though there was a range of intensity from “Heartbeat” to “Indiscipline” and its like. With this collection, Crimson drummer Pat Mastelotto joins together with his wife Deborah to present the more “romantic” side of the repertoire, though it’s not always what you’d expect. She sings the songs with a light, jazzy feel that works surprisingly well, bringing a very different attitude than any of Crimson’s original singers. All the major eras of King Crimson are represented, from the first album through to the 90s. The pair are joined by a number of guests to fill out the music, and the arrangements feature brass and woodwinds prominently on many tracks. Needless to say, these are vastly different from the source material, and that is a very good thing in this case. The compositions are approached with open eyes and great imagination. Who would expect “Inner Garden” to feature accordion and vibes? Or “Two Hands” with flugelhorn and recorder? “One Time” features a lovely ensemble of flute with multiple oboe parts. For the final three tracks, the energy level bumps up a notch, and we get great renditions of “Elephant Talk,” “People,” and “Sleepless.” Too Much Happiness may be billed as A Romantic’s Guide to King Crimson, but it’s got plenty to offer for cynics who think recording new versions of old songs is a pointless exercise. When they’re done this well, the covers become worthy in their own right.