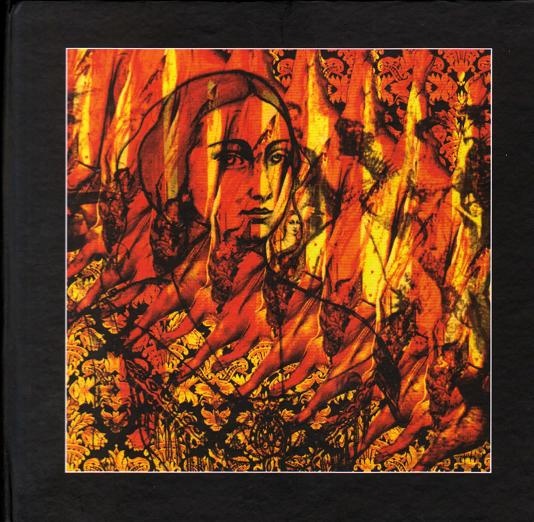 The Long Dead Sevens, an interesting name and an interesting band. Picture if you will, Nick Cave and the Bad Seeds covering Leonard Cohen with a dash of Tom Waits thrown in for good measure and you may have an idea what to expect on The White Waltz & Other Stories. The ten ballads on this disc are a collection of atmospheric, brooding, bluegrass, and avant garde tunes. This is some of the darkest pseudo-country/folk arrangements that you can imagine. Many of these songs could have found a home on the Natural Born Killers soundtrack. The Long Dead Sevens are Paul J. Rogers (acoustic/electric guitars, percussion, melodica, sound sculpture, backing vocals), Nick Cliff (vocals), Jennifer Hames (piano, violin, organ), Ian Turner (bass, banjo, resonator guitar, 12 string), and Nick Hames (drum kit, percussion). Jennifer Hames’ piano and violin superbly augment Nick Cliff’s mournful baritone, particularly on “Our Lady Damned,” which could have been written by the Legendary Pink Dots. Over the course of the disc, the music moves away from the wild-west Gothic of the opening tracks to the final experimental sound collage, reversed sound bites, and sepulchral waltz of “The Black Waltz/The Red Waltz.” Notably on this final track, Jennifer’s violin sounds remarkably like the Legendary Pink Dots’ former fiddler Patrick Q. Paganini. All in all, The White Waltz & Other Stories is an impressive debut release, but don’t listen to this disc if you are in the mood for cheerful music.

Steve Roach - New Life Dreaming – This is one of the “new” discs in the four-disc Dreamtime box set, that also includes Possible Planet and the remastered Dreamtime Return (all reviewed elsewhere in this issue). New Life...  (2006) » Read more