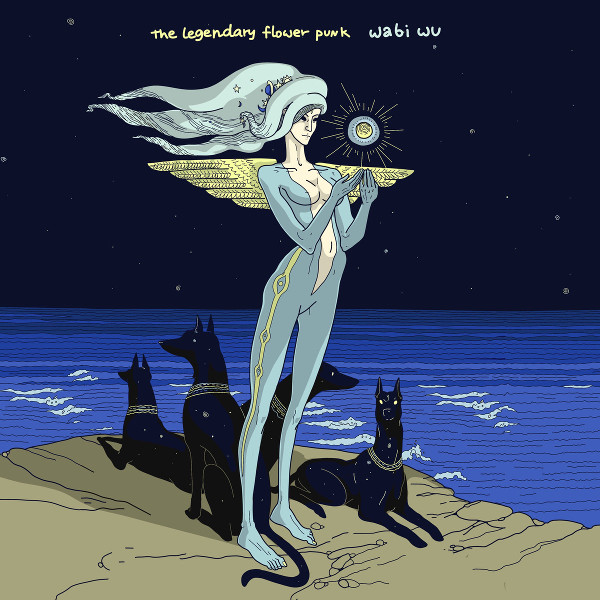 Okay, so The Legendary Flower Punk is yet another Russian space rock band. They’re a dime a dozen, right? So the question is what might set this one apart from the others. The group began nearly 20 years ago and has released several albums, but Wabi Wu is their first for Tonzonen, raising their profile internationally. In the spectrum of space rock, they’re mostly in the Ozric Tentacles tradition, with sparkling synthesizers, steady drum beats, and lots of guitar — Ed Wynne even plays a guest solo on one track. Guitarist Kamille Sharapodinov is the primary player, however, and he’s got a firm grasp of the nuances of psychedelic guitar, with wah-wah, echo, and all manner of other effects at his disposal. His playing here is less oriented towards heavy riffs than in his other band, The Grand Astoria, and he mostly leaves the rhythmic parts to the other two full-time band members: Mike Lopakov (bass) and Nick Kunavin (drums). You won’t find tricky changes or intricate polyphony on these tracks, but solid instrumental rock with a nod to classic krautrock. Numerous guests fill in synthesizers, electronics, woodwinds, and piano. My favorite track is probably “Aki Kaurismäki,” a tribute to the Finnish film director — it starts with some really nice acoustic guitar work before diving into a fuller sound. Lopakov shines here, with some very tasty bass playing, and the melodies are especially memorable. “Trance Fusion på Ryska” is another standout, largely due to a flashy piano solo by guest Gleb Kolyadin. Wabi Wu should be a sure winner for space rock fans, and has appeal beyond the confines of the genre as well.